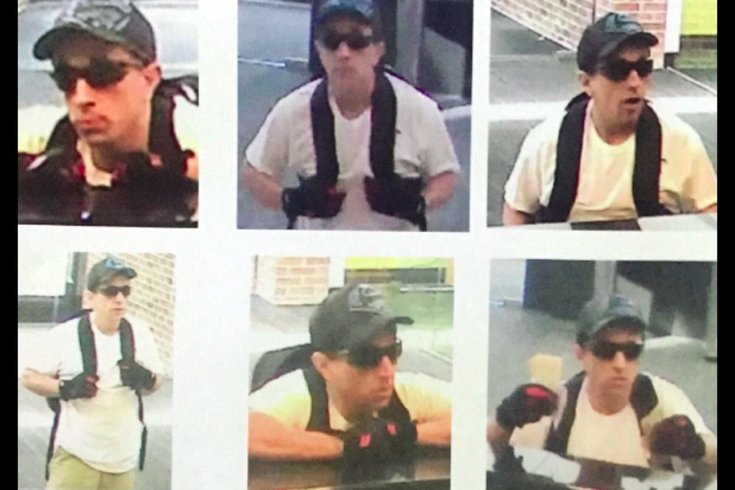 Authorities are asking the public for help identifying an alleged serial bank robber who recently struck twice in the Philadelphia area.

The Federal Bureau of Investigation (FBI) and the Langhorne Borough Police Department announced on Saturday that the man is believed to be responsible for three robberies over a 12-day span.

The latest incident occurred Friday around 1:40 p.m. at the First National Bank located at 201 South Bellevue Avenue in Bucks County.

According to the FBI, the man displayed a handgun and demanded money from the teller. After receiving an undisclosed amount of money, he fled the area on foot.

The other two robberies occurred in New Jersey:

The suspect is described as a 5-foot-3 white man with a stocky build and sores on his arms and face.

Anyone with information is urged to contact the FBI at (215) 418-4000. A reward is available for information that leads to the suspect's arrest.