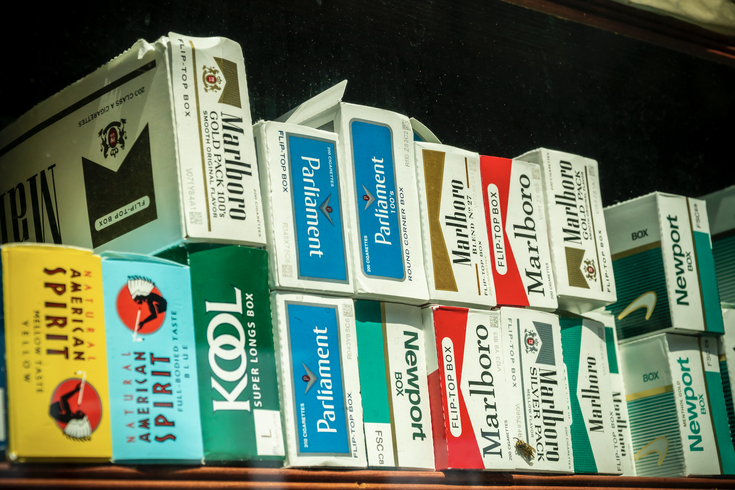 The FDA has proposed a ban on menthol-flavored cigarettes in the United States. The move aims to reduce disease and death from combusted tobacco product use, the nation's leading cause of preventable death.

The U.S. Food & Drug Administration will move forward with a proposed ban on menthol cigarettes, targeting a pillar of the tobacco industry that has been a marketing hook for generations of cigarette and cigar smokers.

The regulator's move comes more than a decade after the FDA, empowered by the Family Smoking Prevention and Tobacco Control Act, declined to pursue a menthol ban under former President Barack Obama. The agency had banned candy flavoring in cigarettes in 2009, but refrained from prohibiting menthol as an additive, in part, because of resistance from Black communities that have long favored menthol cigarette brands.

On Thursday, the FDA proposed rules to ban menthol and other flavors in cigarettes, cigars and cigarillos that are popular among teenagers.

“The authority to adopt tobacco product standards is one of the most powerful tools Congress gave the FDA and the actions we are proposing can help significantly reduce youth initiation and increase the chances that current smokers quit. It is clear that these efforts will help save lives,” FDA Commissioner Robert M. Califf said. “Through the rulemaking process, there’s an important opportunity for the public to make their voices heard and help shape the FDA’s ongoing efforts to improve public health.”

The proposed ban is expected to face staunch opposition from the tobacco industry and some communities who believe it will push menthol cigarettes underground, leading to law enforcement challenges and worrisome crackdowns by police.

The FDA's proposed rules would not criminalize possession of menthol cigarettes, but would instead rely on a system of fines for manufacturers, retailers and distributors.

"These proposed regulations do not include a prohibition on individual consumer possession or use," the FDA said.

Antismoking advocates believe an effective date for a menthol ban could be at least two years away, the Washington Post reported Thursday.

Menthol cigarettes have roots in the 1920's, but sharply grew in popularity with the arrival of minty brands like Kool, Salem and Newport that were marketed as "smoother," "fresher" and more "natural" products. Public health officials view menthol cigarettes as more dangerous than regular tobacco cigarettes because they cover up some of the harshness of smoking, making it easier to develop a stronger nicotine addiction and inhale more of the harmful chemical byproducts of combustion that cause cancer and other diseases.

About 19.5 million people in the United States are menthol cigarette smokers, representing about 37% of the nation's cigarette market. That rate is much higher among Black smokers, about 85% of whom prefer menthol brands, according to the MD Anderson Center at the University of Texas. RJ Reynolds, the maker of Newports, has the top-selling menthol brand in the country.

Among non-Hispanic whites, menthol cigarettes represent a much smaller proportion of smokers — only about 20%, based on data from a series of government surveys. About 46% of Hispanic smokers and 39% of Asian smokers prefer menthols, and woman also are more likely to smoke menthol cigarettes.

Some leaders have urged the White House to tread carefully before enacting a menthol ban that might create unintended consequences in Black communities.

Eric Garner, the New York City man killed by police in 2014, was initially approached by law enforcement for selling "loosies" — individual cigarettes on the black market — on a city street in Staten Island. Garner's mother, joined by the mother of Trayvon Martin and the brother of George Floyd, wrote a letter to the White House last week that shared trepidations about the FDA proposal. The group, known as Mothers of the Movement, questioned how a menthol ban would play out:

In no way do we encourage, support or promote smoking. As we understand this proposal, it would not ban all cigarettes but would ban one category, which just happens to be the category that the majority of Black smokers prefer. Our fear is that banning the manufacture and sale of menthol cigarettes will not stop their production or purchase but will instead open the floodgates for smuggling and for people living outside our communities to offer members of our communities another forbidden and valuable item on a platter of illegal substances already plaguing our neighborhoods. The street value of loosies is already high. Banning menthol cigarettes will only increase the value and attractiveness. While we have been told that Black smokers will not be criminalized for possessing menthol cigarettes, that does not match our experience with other cigarette policies.

Other groups, including the NAACP, have come out in support of the FDA's ban and have backed similar measures to curtail vaping by prohibiting flavored e-cigarette products.

"For decades, the tobacco industry has been targeting African Americans and have contributed to the skyrocketing rates of heart disease, stroke and cancer across our community," the NAACP said last year. "The tobacco industry is on a narrow quest for profit, and they have been killing us along the way. The NAACP has been calling for a ban on menthol cigarettes and flavored e-cigarettes for years now, and we applaud the FDA's latest plan to do just that. It's about time we prioritize the health and well-being of African Americans."

The tobacco industry has fought vigorously in recent decades against any move to ban menthol cigarettes, spending heavily to lobby against such a move while complying with other measures, such as the removal of "light" brand cigarettes that mislead consumers about health risks.

The industry contends that prohibition of menthol cigarettes will push their manufacture into an unregulated, criminal market that disregards rules and ignores minimum age requirements.

Some states, such as California and Massachusetts, have taken bans into their own hands. Massachusetts banned all tobacco flavors, including menthol, in 2019. California's prohibition will be placed on the ballot for voters to decide on in November.

The FDA argues that banning menthol cigarettes will reduce the appeal of cigarettes to youth and young adults. The agency also cites studies that predict lower mortality risks among current menthol cigarette smokers if these products are removed from the U.S. market. Predictive models used by the FDA estimate a 15% reduction in smoking over the next 40 years.

Smoking rates have declined considerably in the United States since the turn of the century, falling from about 20.9% of adults in 2005 to roughly 12.5% in 2020, according to the U.S. Centers for Disease Control & Prevention. Still, about 480,000 people die from tobacco-related illnesses every year and more than 16 million Americans live with a smoking-related disease.

The FDA's proposed menthol prohibition runs parallel to other efforts to ban flavored e-cigarette products, which have been the biggest contributor to youth nicotine addiction in recent years. The flavored e-cigarette ban has removed some flavored vaping products from the market, but current rules leave others largely unaffected, including menthol flavors.