The slugger helped send the Phillies to baseball's biggest stage for the first time since 2009. Now, he's got his own donut 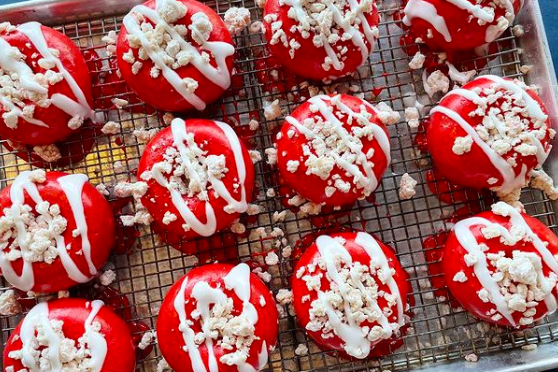 Phillies fans who have a sweet tooth can munch on desserts inspired by Bryce Harper, the team's home run hero, thanks to Federal Donuts.

Federal Donuts shared the news of its new treat on social media.

"Whose house is it?!" Federal Donuts asked in its Instagram post, referencing Harper's on-field proclamation that Citizens Bank Park is his house. Harper's incredible postseason performance included a stunning, go-ahead home run in the clinching game of the NLCS against the San Diego Padres. It helped put the Phillies in the World Series for the first time in 13 years.

Fans lucky enough to secure tickets to a home game this week also can order the Bryce Crispy Treat at the Federal Donuts stand in Section 140 of Citizens Bank Park.

Bryce Crispy Treats join a host of other Phillies-themed fare offered across the city, including red beer at McGillin's and "Red October Cheesesteaks" at MilkBoy.