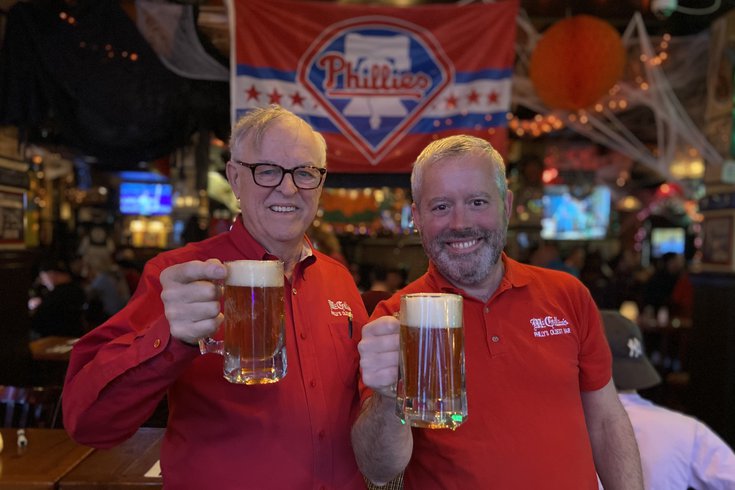 In honor of the Phillies' World Series run, McGillin's Olde Ale House in Center City is offering pitchers of red beer for the first time ever, along with other themed food and drink specials. Above, father and son co-owners Chris Mullins, Sr., and Chris Mullins, Jr., hold up mugs of the dyed brew.

Seas of red will take over the city this weekend as Phillies fans celebrate the team's appearance in the World Series – and one bar is even coloring its beer to match the festivities.

Starting today, McGillin's Olde Ale House is offering patrons pitchers of red beer in honor of the Fightins, who begin their campaign against the Astros on Friday in Houston.

The 162-year-old Center City tavern, the oldest continuously operating one in the city, has seen its fair share of local winning teams. It has served blue beer for Villanova's winning basketball team and green for the Super Bowl champion Eagles (and for revelers around St. Patrick's Day).

But, this is the first time since Mcgillin's opened in 1860 that the bar is dying its beer red to celebrate the Phillies.

Along with pitchers of "Phils Red October Pils," on sale for $10.50, the tavern is offering a host of Phillies-themed food and drink specials: 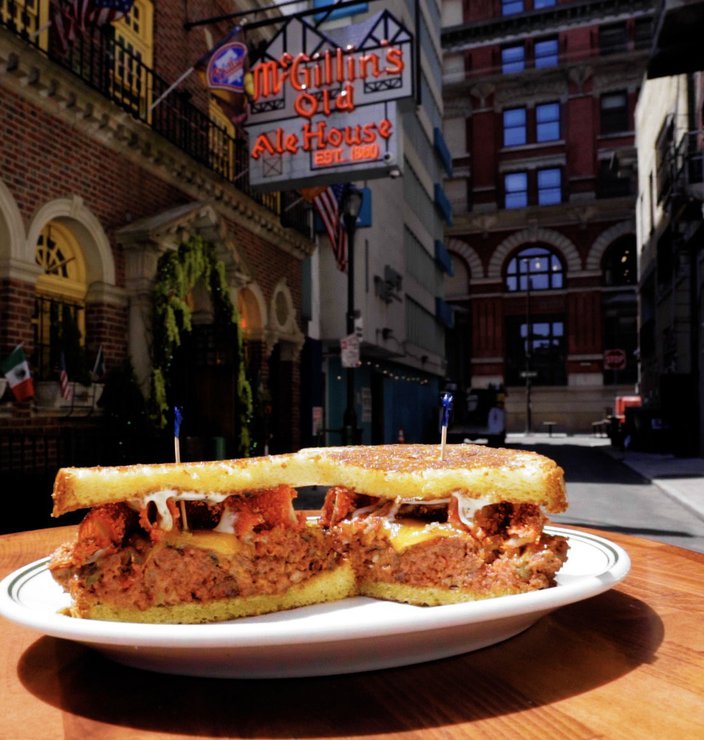 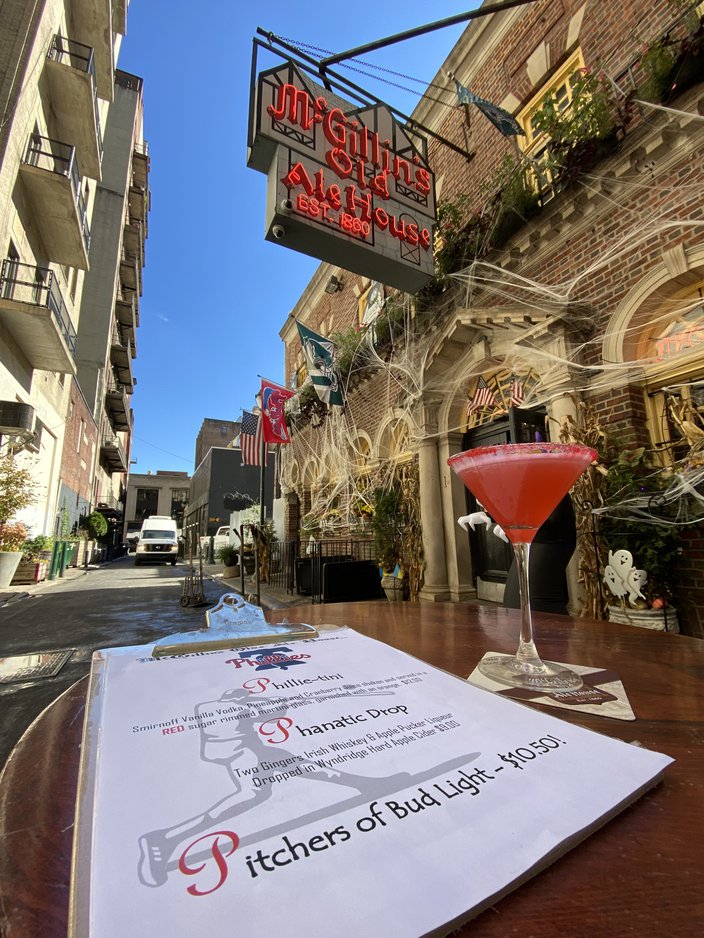