Film review: Breaking down the Eagles' biggest play of the game vs the Patriots 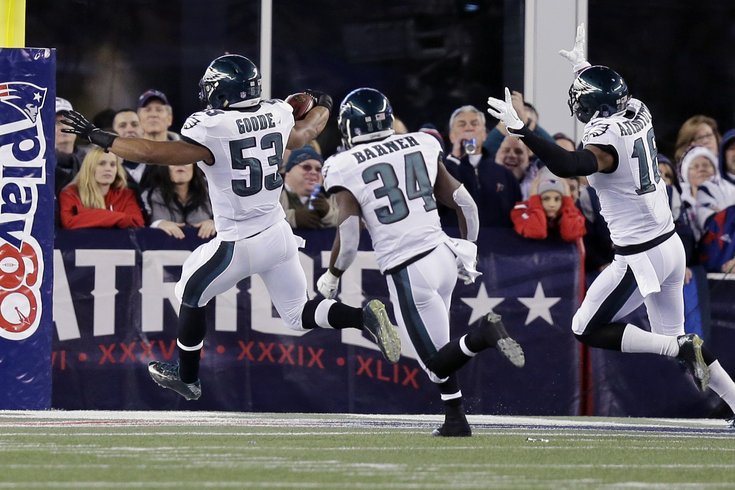 The Eagles' punt block TD at the end of the first half was one of the biggest plays of their season.

FOXBOROUGH, Mass. -- In 2014, the Philadelphia Eagles' special teams units were easily the best in the NFL, as they generated a staggering seven touchdowns. Heading into Sunday's game against the New England Patriots, the Eagles had just one, a punt return by Darren Sproles against the Jets Week 3.

The Eagles were particularly adept at getting to the opposing punter last season, as they blocked four punts, three of which were returned for touchdowns. This season, the Eagles had yet to block a punt. On all four of their punt blocks a season ago, the catalyst was Bryan Braman. That was no different yesterday.

With just 15 seconds left in the first half, the Patriots faced a 4th and 5, and were forced to punt. They were likely to just loft one high, get down the field, and force Sproles to make a fair catch. Or simply kick it out of bounds.

They never got that chance.

Instead, Chris Maragos came free, blocked the punt, and Najee Goode scooped and scored for seven free points to close the half. Enormous play. That play evened the score at 14, and changed the entire complexion of the game. Here's how it happened: 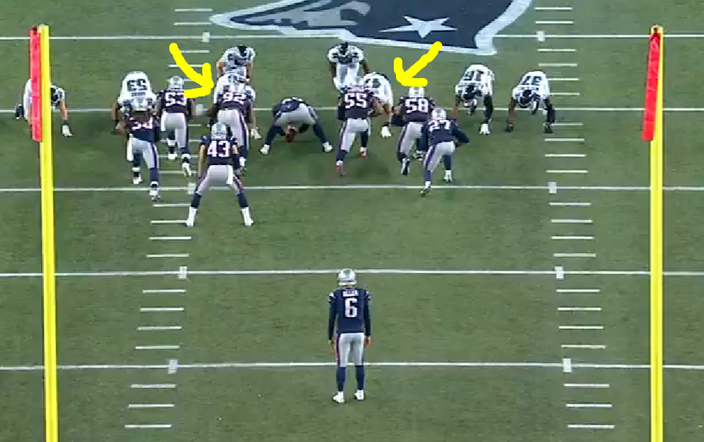 2) Pre-snap, No. 43, the "personal protector," verbally assigned Braman to be blocked by the long snapper.

"I'm shooting the A gap, and the personal protector sent the snapper to me," said Braman. "That makes the long snapper responsible for the gap that I’m in. The guard, who I had been holding up the entire game, he stayed down on me, and Maragos came up into the B gap, which is the guard’s responsibility."

"Braman is a threat on our punt return team," said Maragos. "He draws a lot of attention being so big and fast. He's really able to snatch that guard's attention. That guy really stayed down on him."

In the frame below, you can see what Braman (circled in yellow) and Maragos were talking about. The long snapper and guard doubled Braman, giving the Eagles a numbers advantage elsewhere. 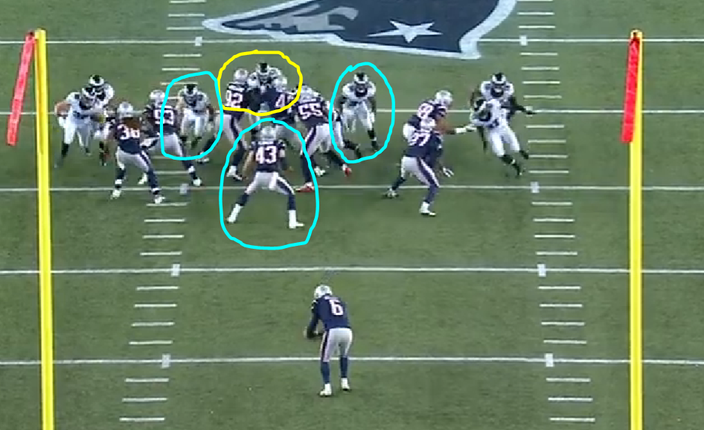 3) This left the personal protector to choose who to block between Maragos and Barner.

"Since the personal protector sent the long snapper to me, that held him on the back side, so he wasn't able to come off and block Maragos," said Braman. "Because of the pressure on the opposite side (by Barner), and the guard staying down on me, it allowed Maragos to make the play."

In the frame below, you see the personal protector to move over to block Barner (circled in yellow), leaving Maragos (circled in aqua) with a free run at the punter. 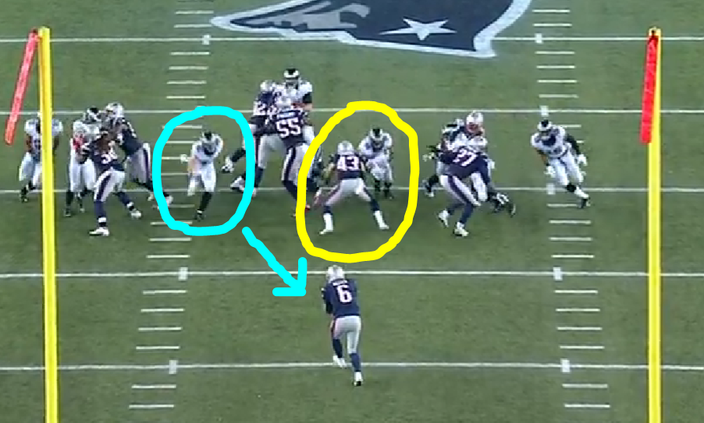 4) And boom goes the dynamite.

"I just saw Maragos lay out like he was Superman," said Goode. "He blocked the s*** out of it." 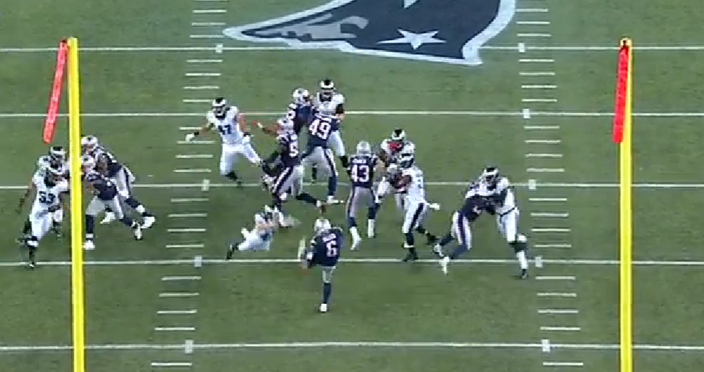