Angela, Oscar, and others will be sitting on a panel at the Keystone Comic Con at the Convention Center 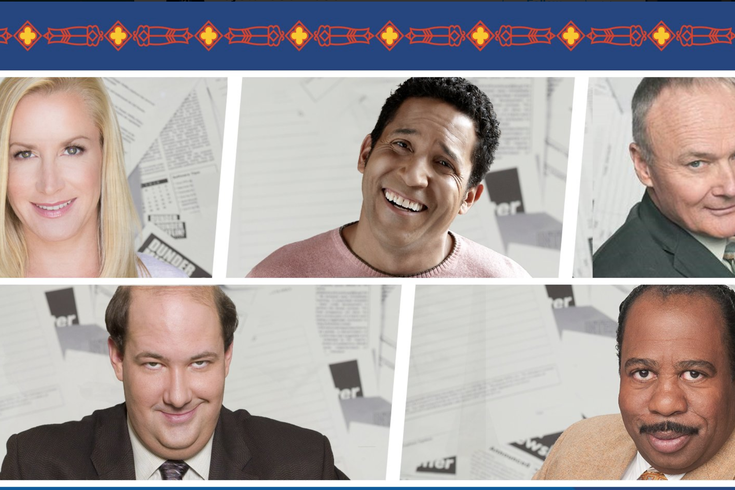 A handful of notable actors from The Office are reuniting for three days for Keystone Comic Con, the event’s organizers announced Monday.

It won’t be a full-blown Poor Richard’s happy hour, but if you’ve dreamt about seeing your favorite office workers in Pennsylvania, you’re in luck.

A handful of notable actors from "The Office" are reuniting for three days for Keystone Comic Con in Philadelphia, the event’s organizers announced Monday.

The festival is set for Sept. 14-16 at the Pennsylvania Convention Center, and Angela Kinsey, Oscar Nuñez, Brian Baumgartner, Leslie David Baker, and Creed Bratton will all be in attendance. The five actors will sit on a panel with fans to talk about the show five years after its final episode aired.

MORE CULTURE: 2019 Made in America festival will reportedly not be on the Ben Franklin Parkway

And for those who consider themselves super-fans, there’s also a chance enter the convention’s Ultimate "The Office" Experience. The winner receives two premium tickets to the Comic Con, two front row seats to the panel, and a photo op with guests from the cast. You can sign up for the sweepstakes here. The sweepstakes close at 11:59 p.m. on July 22.

It’s a shame fellow stars Rainn Wilson, Steve Carrell and John Krasinski won’t be in attendance, considering the show has an episode in its third season centered around a convention in Philadelphia, held at the Convention Center.

Alas, you’ll have to make do with the entire accounting department, the head of quality assurance, and the most experienced salesman in the office.