Lake Tahoe rink coming together ahead of Flyers-Bruins this weekend 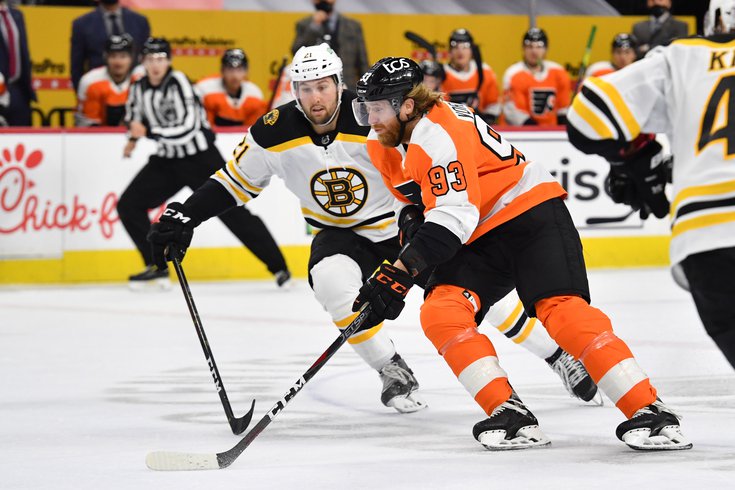 The Flyers have yet to beat the Bruins this season, having lost all four games against Boston in 2021.

The Flyers and Bruins are slated to go head-to-head for a fifth time this season on Sunday afternoon, but the showdown won't take place in Philly or Boston.

Instead, the two rivals will square off on an ice rink in Lake Tahoe as part of the 2021 NHL Outdoors series.

The goal of this year's NHL Outdoors series was to recreate pond hockey in its most basic form given the circumstances surrounding the COVID-19 pandemic.

In each of the 30 NHL games that have been played outdoors since 2003, the event has been held in a stadium that has the necessary infrastructure to build an ice rink — and hold fans.

But given that this year's event will be happening in all but the middle of nowhere along the California-Nevada border, everything had to be built from scratch. With the lack of proper infrastructure available, the process of building an ice rink in a wilderness area isn't easy, NHL senior manager of facilities operations Derek King said.

"The views are amazing; it's pretty tough to work, actually," King told NHL.com. "You've got the mountains and the ski hills. The resort here is beautiful, so it's definitely an exciting place to be. But it's going to look amazing. I think this is truly going to be one of the most unique games, so it's going to be exciting to see on game day."

The ice rink for Sunday's matchup is being built upon the 18th fairway of the golf course at the Edgewood Tahoe Resort, which is situated on the southern shore of Lake Tahoe in Stateline, Nevada. Every July, the course serves as the home of the American Century Championship, one of the most popular celebrity golf tournaments in the U.S.

The league has also had to build several other structures from scratch, including locker rooms, a TV tower and a medical tent.

Before the puck drops for Flyers-Bruins on Sunday afternoon, the Colorado Avalanche and Vegas Golden Knights will get to play on the ice rink first when the two teams face off on Saturday. No fans will be in attendance for either game due to the COVID-19 pandemic.

Below are some early glimpses of what the Lake Tahoe ice rink will look like for Sunday's game.

Glimpses of the Lake Tahoe rink.

Before the Flyers get to Lake Tahoe later this week, they've got bigger issues to figure out first. The team has not played since last Sunday's 7-4 road win over the Washington Capitals due to a COVID-19 outbreak among the players.

The Flyers returned to the ice for practice on Tuesday, the first time that the team had been together in a week.

The Flyers are still expected to play at home on Thursday against the New York Rangers, albeit with a limited squad. Seven players are currently in the league's COVID-19 protocol.

The COVID-19 pause has dropped the Flyers into second place in the East Division, four points behind the first-place Bruins. The Flyers are 0-4 against their rivals from Boston this season.