Carter Hart giving Flyers some hope in a lost season 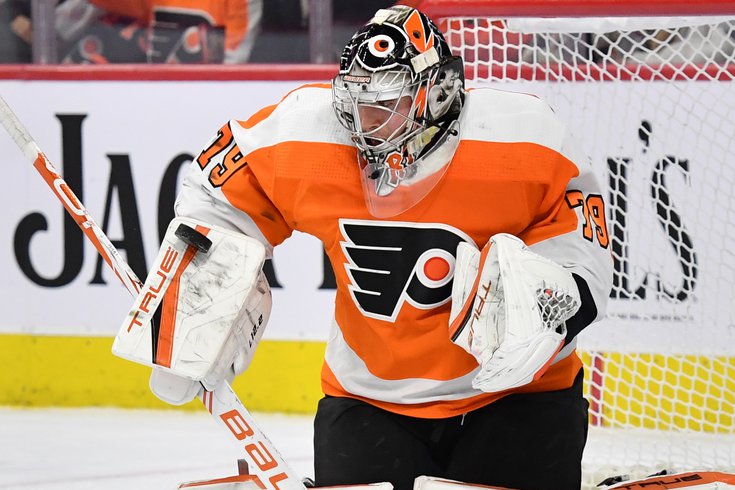 Flyers goaltender Carter Hart set a career-high in saves to beat the Golden Knights on Tuesday.

Justin Braun snuck a wrister through from the point, Oskar Lindblom scored for the second time in as many games, and the Flyers won back-to-back for the first time in more than a month.

But it was Carter Hart who absolutely stole that game.

The 23-year old goaltender stopped 47 of 48 shots (both career highs), making saves quite literally until the clock hit zero, then capped off everything with the quote of the night postgame.

"Our group's faced a lot of adversity," Hart said. "It is what it is. You can't control it. But I think we've done a really good job these last couple weeks of just sticking to the process, and coming to work every day, and just battling.

"That's all can you can do. Give your best, compete, and work your nuts off."

In a year like this, you take the wins wherever you can get them, find some sort of hope even when it's been ridiculously hard to come by.

Carter Hart, for a night at least, provided that.

The Flyers' season was lost a long time ago. Any hope for it went out the window with that record-setting 13-game winless streak, the second time this team lost at least 10 straight.

This organization went into the season expecting to compete. They haven't. They've insisted that they're maybe a piece or two away from being right back in it next year. But ask most fans and they'll have a tough time believing that right now.

For months, the Flyers looked checked out. They only just showed signs of life when they beat Chicago last Saturday, and it took reamings from interim coach Mike Yeo to finally spark that. Before that, they went 3-16-5 dating back to Dec. 30. Most nights you turned the game on knowing how it was going to go.

He bailed the Flyers out, and did it against a Golden Knights squad that isn't short on goal-scoring threats — Jack Eichel, Max Pacioretty, Jonathan Marchessault — and spent a better part of the night setting up camp in the offensive zone (Vegas outshot the Flyers, 48-21)

He preserved a one-goal lead, doing so with the Flyers shorthanded for the last 1:45 of it because of an Ivan Provorov delay of game penalty and Vegas pressing with an extra attacker.

He gave fans something to smile about.

"He was a battler tonight," Yeo said postgame. "He was a competitor. That is a shot volume team, they throw a lot of pucks at the net and it creates a lot of scrambles at the net when they do that.

"The way he was tracking the puck and keeping himself in position. He was ready to make the next play off of that. Well-deserved win tonight for him, no question."

You take the wins where you can get them. 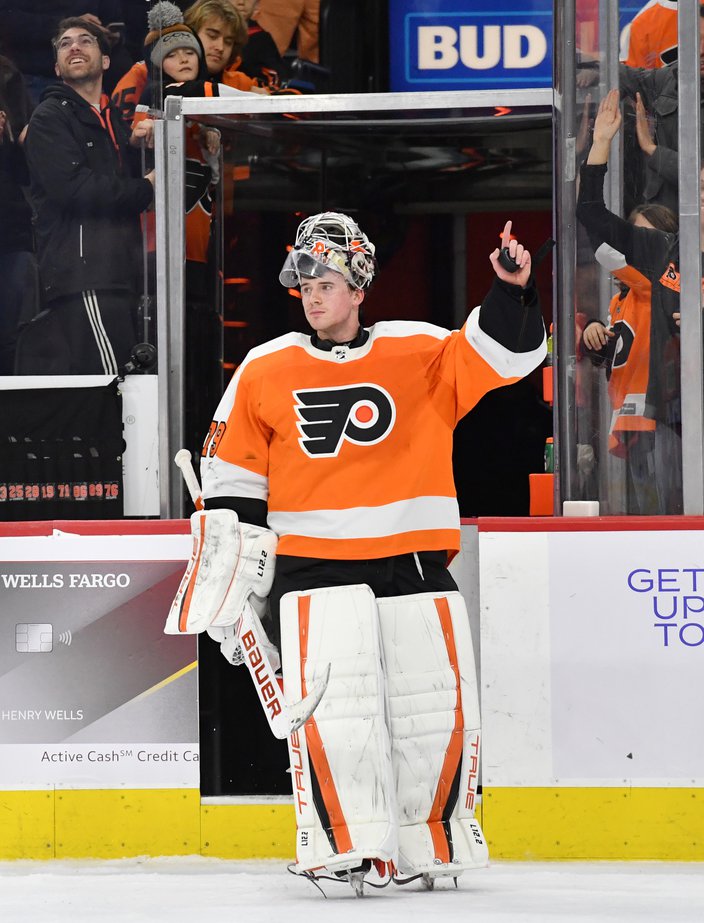 It's definitely a far cry from a year ago, when Hart was pulled from the net after surrendering three goals on eight shots against the Buffalo Sabres. In a pandemic-altered schedule, he was never fully right, finishing with an .877 save percentage and a 3.67 goals against average before an MCL sprain shut him down.

He's back to showing why he was the Flyers' answer in goal.

You take the wins where you can get them.