Flyers return to Voorhees aiming for better health and accountability

"I know fans are kinda down on our team right now," Kevin Hayes said. "It's easy to say, but it's a new year, new team, and I think we're off to the right start." 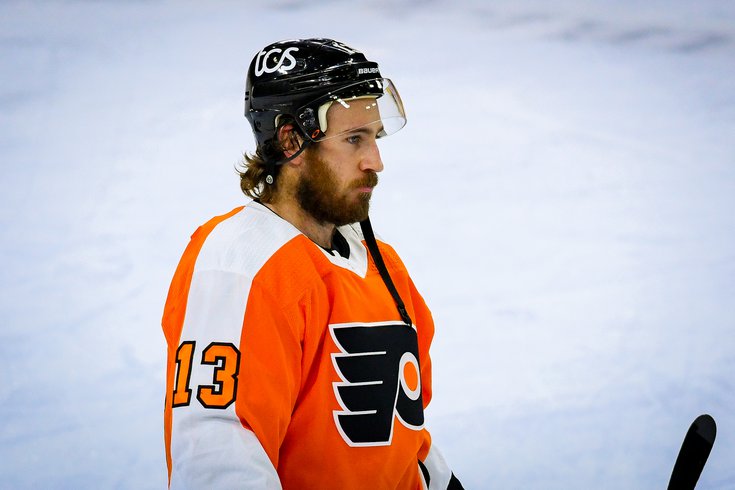 Flyers training camp opens next Thursday, but players have been back at the rink in Voorhees since the beginning of the month and have started meeting with the media again this week.

Kevin Hayes, Sean Couturier, Cam Atkinson, and Travis Sanheim — each expected to be the core of the team's leadership this season — are the list of players who have talked so far and all had a common thread of subjects between them: health, accountability, and what that first John Tortorella-led camp is going to be like.

"I know fans are kinda down on our team right now," Hayes said on Monday. "It's easy to say, but it's a new year, new team, and I think we're off to the right start with our whole team being here pretty early."

Hayes, getting set to enter his 10th NHL season, said he's entering camp fully healthy for the first time in two years. The 30-year-old center had been dealing with abdominal issues that required surgery the past couple of seasons and culminated in a groin infection that sidelined him for a month and a half last year. If he wasn't on the ice during that time, he struggled while he was on it.

But when he returned on March 5, in a season that was well lost by that point, he looked like a totally new player. Through the Flyers' 28 remaining games, he put up 22 points and averaged 19:25 of ice time, performing much closer to the two-way threat he was in 2019-20.

"I know there were questions last year where people were like 'Why are you even coming back? The season's kinda done with,'" Hayes said. "But as long as you're healthy and you're in this organization, you're getting paid to play hockey. It's a requirement of yourself to give everything you have. If you're healthy, you should be playing.

"It was huge for me. There were times last year when I was leaving games where I was questioning whether I'd feel good ever again, and it was nice to know that I could play hockey again and enjoy myself and not worry about my groin every shift I'm on the ice. That was the main reason why I came back, and it cleared a lot of mental thoughts up for me. I hope that it stays that way."

Also returning fully healthy is Couturier, who skated just 29 games last season before lingering back issues led to season-ending surgery in February.  Like Hayes, Couturier is a key two-way player when fully healthy and among the best defensive forward in the NHL.

But that's when he's healthy. The Flyers stressed that Couturier's recovery was going extremely well over the summer, but that hasn't stopped fans from having concerns over whether his back will hold up.

When he arrived at the podium on Monday, though, the 29-year-old said he was fully cleared to play and believes that his back shouldn't bother him again based on conversations with his doctors.

"I wanna prove that I'm healthy again and I can be back to the player that I was, maybe even better," Couturier, now the longest-tenured Flyer on the roster, said. "I'm going to push myself this year to do that." 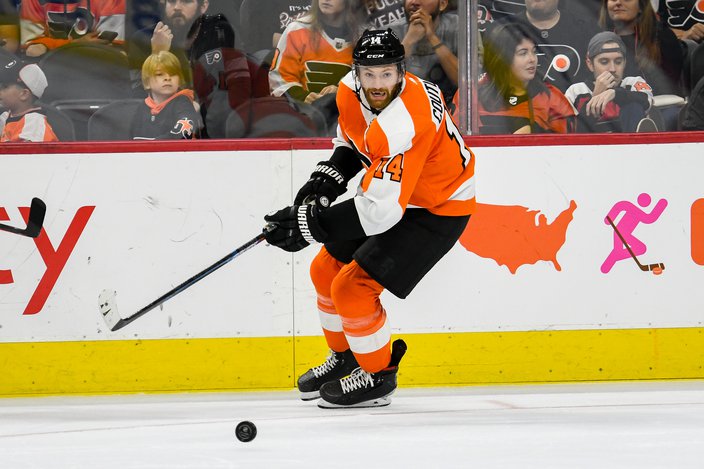 Sean Couturier is also returning fully healthy after his 2021-22 season was shut down for back surgery.

The Flyers were extremely banged up last season and getting Hayes and Couturier back as their expected No. 1 and 2 centers should be a boost. That said, the Flyers were terrible last season because of far more than injuries.

Their style of play quickly grew sloppy, lethargic, and dull. A team originally expected to compete had completely bottomed out and did so right up against the salary cap, a bad spot that the team is still very much in.

In June, the Flyers hired John Tortorella, who's long had a reputation as a fiery and uncompromisingly blunt coach, with the hopes that he can shift the culture toward higher accountability and discipline.

The players are bracing for a brutal camp as a result.

"Obviously something needs to be changed," Hayes said. "Last year was embarrassing for our group. We weren't very good at all. If we're gonna change the culture I think Torts is the correct guy to have it. He's a no bull**** guy and holds everyone accountable, whether you've played a thousand games or you're a rookie.

"I think in order to have a successful team, you need to have accountability, whether it's players holding each other accountable, management holding players accountable. In this case, I think Torts is gonna hold all players that make this team accountable. That's how you win."

Atkinson, entering his second year with the Flyers, has become a liaison of sorts on what to expect from Tortorella. The veteran winger played under him for six years in Columbus and has been open about how Tortorella bettered his career.

"Yeah, throughout the summer a lot of guys have reached out," Atkinson said Tuesday. "But as we've been back the last three weeks, it seems like guys have been asking more and more questions and those anxious butterflies are creeping in, but that's what you want. I know firsthand that it's gonna be tough and still get a little anxious about it."

"There's a rhyme for the reason," Atkinson added. "It's meant to be hard so when you start the regular season, you have your legs in the third period when other teams don't.

"We're gonna play a lot harder in front of [goaltender Carter Hart, I'll tell you that."

But again, after the disaster that was last season, steps forward are much easier said than done. 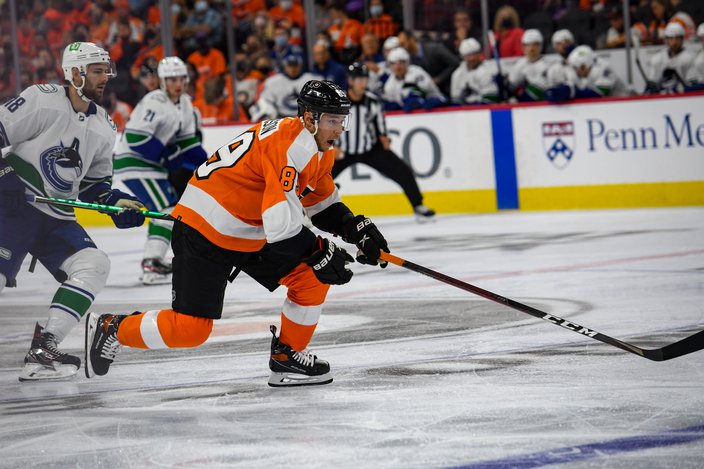 Last week, Tortorella called into NHL Network radio and was frank about "major concerns" he has over the Flyers' current locker room culture. He also said he is in no rush to name a captain to succeed Claude Giroux, who is now with the Ottawa Senators.

Couturier, Hayes, and Atkinson are three strong possibilities for the C, provided it's even handed out this season, but all three downplayed their odds at it.

"If it happens, it happens, but like I said before, it's not gonna change the person I am or the player I am," Couturier said. "I'm still gonna lead by example and do the right things all the time. Whoever's the captain, if we have one, I feel everyone needs to take some responsibility and some leadership in this locker room, and I think everyone has some potential to become good leaders."

'[Giroux's] gone and it's definitely time for other players to step up," Hayes said. "We don't have a captain on the team, but I think guys lead in their own ways. No matter where you slot in on a team in the NHL you can lead by example, vocally, emotionally, on the ice, I think every player needs to do that."