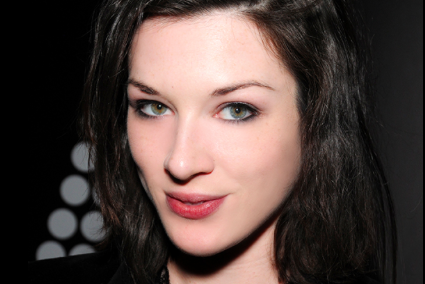 In 2014, author Julie Sondra Decker published a revealing book, 'The Invisible Orientation: An Introduction to Asexuality,' that delves into one of most misunderstood personal identifications known to man, woman and everyone in between.

A decade earlier, Brock University professor and self-described "asexuality expert" Anthony F. Bogaert conducted a study that concluded about 1 percent of the world's population identifies as asexual, though he cautioned that number could actually be higher.

The importance of the issue strikes deeper than surface perceptions and social ambiguity. Prejudice researcher Gordon Hodson concluded in a 2012 investigation that asexuals are more likely to be dehumanized than other sexual identities and are susceptible to discrimination from employers.

I’ve mostly come to terms with it, but the tooth aches and I’d like to know. What is it like to experience sexual desire? How is it?...the way I read about other people experiencing it, it’s almost like it should be unconscious, a thing that’s experienced rather than decided?

While Stoya's answer is in no way necessarily representative of everyone's experience or viewpoints, her treatment of asexuality as she responds honestly to "Y" is worthy of admiration, especially insofar as her own identity as a sex worker often carries a stigma on the opposite end of the spectrum.

The response also touches on the reality that those who misunderstand asexuality may be motivated to undermine it in others, against their will (as rare as 1 percent sounds, or as feisty as it would be to reject a potential suitor by claiming asexuality).

I’d like to remind you that you don’t need to argue for your identity or asexual orientation, prove it, or defend it to anyone. Nobody except for you gets to decide what your physical boundaries and limits are. Only you can say how many tries is enough before you can decide whether you’re into something or not...

...I would definitely agree with descriptions like "unconscious" and "experienced rather than decided." However — especially in case people in your life are creeping on you or ignoring statements that sexual attention is unwanted — the shift from experiencing to acting on desire is where a decision happens. No matter how strong the hunger gets, people can absolutely decide to keep their desire to flirt or fool around to themselves.

Everything in between those two big block quotes is better off read over at The Verge. Let's put it this way: You have to click a button acknowledging that you're over 18 in order to even read the article. Be fully warned, but if you're looking for some scintillating prose to clarify your own feelings, Stoya's got some pro insight for you.