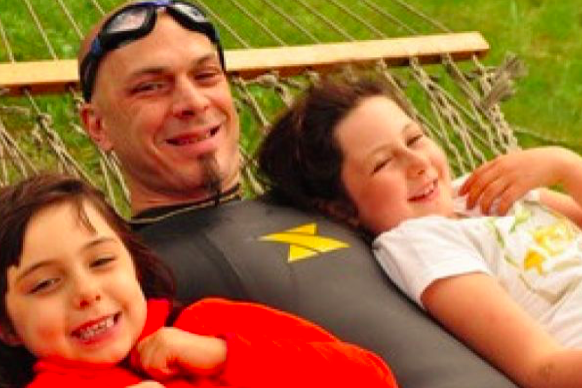 Frank Maimone, pictured with his two daughters, died in a Colorado ski accident on Feb. 8, 2020. A GoFundMe campaign is supporting his daughters' college education.

Nearly a week after the tragic death of 53-year-old Frank Maimone, a GoFundMe campaign is raising money to support the family of the longtime Rustica pizza shop owner in Northern Liberties.

Maimone, a father to two teenage girls, died Saturday in a ski accident at Steamboat Resort in Colorado.

A GoFundMe to support Maimone's family was launched Wednesday:

On February 8, 2020, Isabella, age 15, and Francesca, age 13, received the worst possible news: their father, Frank Maimone, owner of Rustica Pizza in Northern Liberties in Philadelphia, PA, had a skiing accident in Steamboat, Colorado and lost his life in this accident. I know both of these young women and they have incredibly promising futures that their dad won't get to see. I'm starting this fundraiser as a college fund for both Bella and Frannie and for those to wish to donate both in memory of Frank and his service to the Northern Liberties community as well as in support of his two wonderful daughters.

The campaign has a goal of $15,000 to be split evenly among Maimone's daughters.

Rustica opened at the corner of Second and Poplar streets in 2001, becoming part of the first wave of businesses that helped revive Northern Liberties. Maimone was an active member of the community.

Maimone's funeral will take place Saturday, beginning with a viewing from 10 a.m.-1 p.m. at the Healey Funeral Home, located at 9 White Horse Pike in Haddon Heights, New Jersey. A memorial service will take place at 1 p.m.