Will Smith releases trailer for 'Fresh Prince of Bel-Air' reunion 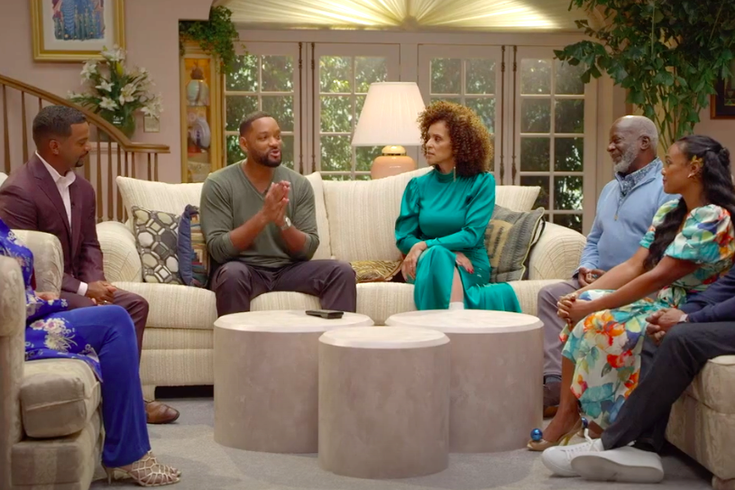 The trailer for the 'Fresh Prince of Bel-Air' reunion shows the original cast gathering on the sitcom's classic set and reflecting on the series.

Will Smith brought a bit of fortune to a difficult year by dropping the first trailer for "The Fresh Prince of Bel-Air" reunion.

The show, which premieres Thursday on HBO Max, brings together most of the cast of the 90's sitcom, which helped launch the West Philadelphia native to stardom.

The trailer shows the original cast gathering on a set identical to the one used in "Fresh Prince," reflecting on what it was like to make the show.

"Our show meant Black excellence to people," said Tatyana Ali, who played Ashley Banks. "The excellence was the way we loved each other."

James Avery, who played Uncle Philip, died in 2013. He was remembered by the cast members on the trailer.

"James Avery was this six-foot-four Shakespearean beast," Smith said, "and I wanted him to think I was good."

The show's release marks the 30th anniversary of "The Fresh Prince of Bel-Air."

Watch the trailer and announcement from Smith below.