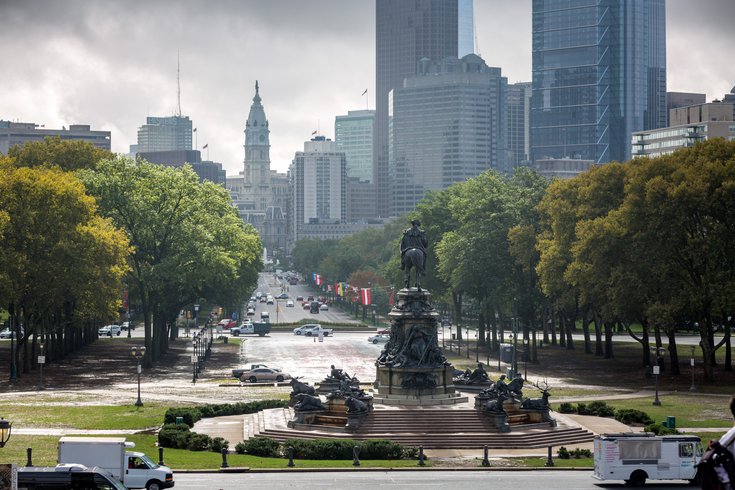 Governor Tom Wolf deployed the national guard to Philadelphia ahead of trial results from the Derek Chauvin trial.

Governor Tom Wolf activated more than 1,000 Pennsylvania National Guard members in Philadelphia in preparation for a possible verdict next week in the Derek Chauvin trial.

Wolf said he signed a proclamation of disaster emergency on Friday at the city of Philadelphia's request, which deployed the officers.

"This declaration allows the commonwealth to take preemptive steps to ensure the safety of our fellow Pennsylvanians," Gov. Wolf said. "The activation of the National Guard supports the current efforts in Philadelphia to protect our beloved neighbors and city."

Protests and demonstrations spread nationwide following the killing of George Floyd last summer. In Philadelphia, the demonstrations were mostly peaceful, though some turned violent.

During a protest in Center City, businesses were looted, police cars burned in the streets and Kenney imposed night curfews.

Philadelphia Police were largely criticized for their response during the protests, most notably when police used tear gas on protesters who marched onto Interstate 676. An independent audit published late last year found that the Philly Police and city were not prepared for the protests.

"We should have never used tear gas," Mayor Jim Kenney said. "I'm committed to making sure that we learn from our mistakes, demonstrate accountability, and hold ourselves to a higher standard."

This comes after Kenney wrote an open letter to Philadelphians ahead of the trial decision, calling for "active peace."

"And on the day of the verdict — whenever it may be — we will be calling for citywide prayer, so we can honor the memory of George Floyd and other Black Americans whose lives were tragically cut short because of brutality, racism, systemic failures and deep societal inequities," Kenney wrote.

Kenney said the city will focus on a behavioral health response rather than an armed response, 6ABC reported.

Philadelphia will have mental health professionals to help screen 911 calls for behavioral health crises, as well as crisis intervention training and teams of officers trained in crisis intervention. There will also be digital safe spaces where people can connect, "vent and process their emotions in a community with other residents."

However, Commissioner Danielle Outlaw said "unlawful behavior will not be tolerated." Fire Commissioner Adam Thiel echoed Outlaw's statement, saying the emergency operations center is activated and poised to deal with any civil unrest.