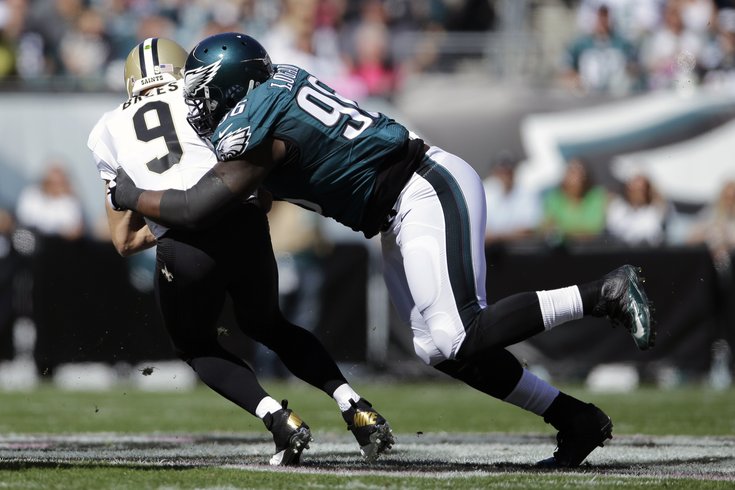 Last week, we started grading all the position groups at the quarter point in the season, but I bit off a little more than I could chew, and only got through the offense. So this week, we'll grade the positional groups on the defense, starting with the defensive line.

First and foremost on defense, the Eagles want to stop the run, and in 2014 they allowed just 3.7 yards per carry, which was good for fifth-best in the NFL. The Eagles' success against the run a year ago carried over into the first five games of the season. In fact, they've actually been even better against the run than they were a year ago. The Eagles are the #1 run defense in the NFL in the following categories:

The Eagles' success against the run is largely due to the selflessness of the two-gapping defensive line.

“I think when you start with a two-gap – and a two-gap is a very hard defense to run against and that’s what we’re based out of," said Eagles defensive coordinator Bill Davis during the preseason. "When it works right, it’s very hard to run against.”

Two-gapping, if you're unfamiliar, is a style of play in which the defensive linemen engage with the blockers in front of them, and are responsible for the gaps on both sides of their individual opponents. By contrast, one-gapping defensive linemen do not have dual-gap responsibility and are able to try to be disruptive by penetrating through one gap. The latter style leads to more sacks and Pro Bowls, while two-gappers are doing the dirty work so the linebackers behind them are freed up to make plays.

As season ago, Fletcher Cox was incredibly disruptive, but did not make the Pro Bowl because he "only" had four sacks. This season, he has four already, despite the Eagles' defense not lending itself to defensive linemen generating big numbers. He and Bennie Logan have been an absolute terror to opposing offensive linemen this season.

We've covered the defensive linemen at length here, doing film breakdowns of Fletcher Cox, Bennie Logan, and Brandon Bair, which can be found below. To note, Logan's is of his play during the preseason, but it doesn't really matter -- he's been just as good in the games that matter.

I don't know if we can call the Eagles' defensive line the best 3-4 front in the NFL, but I find it hard to imagine there are any playing better right now.