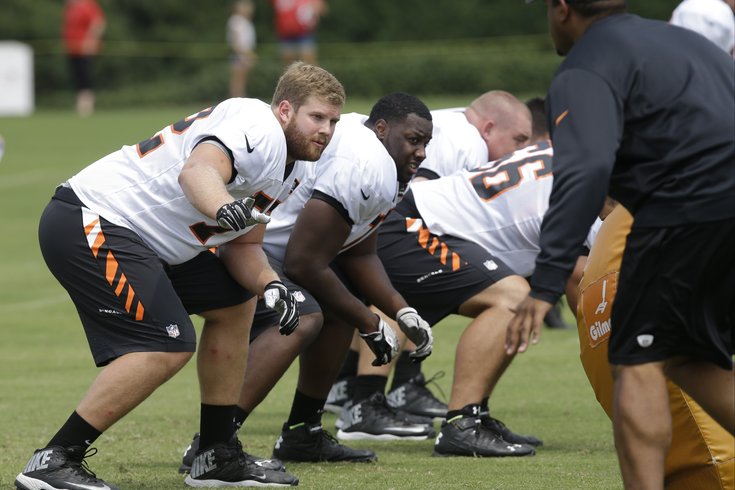 Hawkinson is the guy with the beard, I think.

The Eagles announced today that they signed offensive tackle Tanner Hawkinson off the San Francisco 49ers' practice squad to join their 53-man roster.

Hawkinson was previously a fifth-round pick of the Bengals in 2013. Like many of the other Eagles' offensive linemen, he is a little undersized but has very good athletic measurables:

To make room for Hawkinson, the Eagles released Julian Vandervelde, who has now been released eight times in his professional career, seven by the Eagles. Vandervelde was nice enough to relive his 17 roster transactions, in facial expression form.