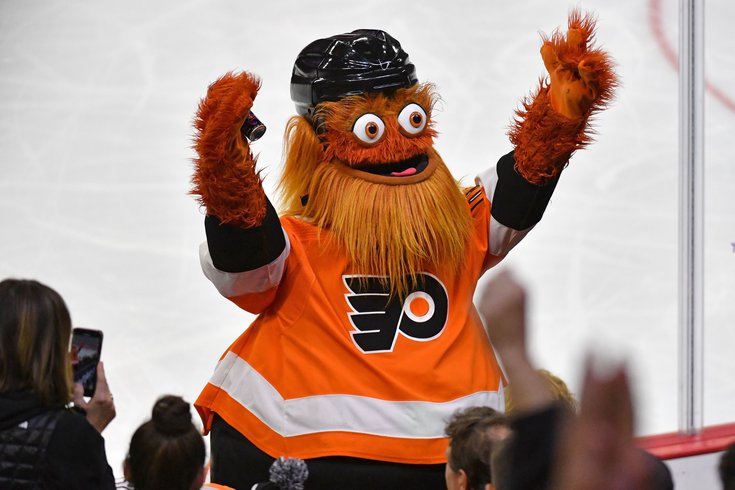 Gritty is currently practicing social distancing and self-isolating in order to prevent the further spread of coronavirus across Philadelphia, and the Flyers' mascot seems to be holding up well.

Americans across the country are currently practicing social distancing and isolating themselves in their homes in order to mitigate the spread of coronavirus. And it appears that a self-quarantine applies to none other than Gritty too.

The Philadelphia Flyers’ mascot posted an update on Twitter to his fans and followers on Tuesday, and it appears that he’s holding up well despite the fact that there’s no hockey right now to watch given the NHL’s season has been indefinitely suspended.

Gritty says that his paws are clean and that his entire house is wrapped in toilet paper in order to prevent the virus from entering, and he claims that he’s taking COVID-19 seriously despite floating himself as immune to the virus because he’s an “adorable creature.”

Gritty also writes that he’s “health in its purest form”, his body temperature is perfectly normal, and that he’s never felt skinnier in his life. He’s also been watching “Osmosis Jones” and “Lost” to keep himself busy. Gritty does admit he’s lonely right now, but that he believes he can be the “orange light of hope” during these dark times.

You can read his whole message in the Notes app of his phone here, and the message is as Gritty as it gets. It’s sure to cheer you up and to keep a positive attitude as you’re stuck sitting at home.


Given that St. Patrick’s Day was on Tuesday, Gritty also broke out into an Irish jig that should earn him a spot in Riverdance the next time that the show is on tour. What might be most impressive is his leprechaun-green outfit and hat. Hopefully the dancing keeps him occupied in the meantime while he’s stuck indoors, as well as continuing to stockpile toilet paper.