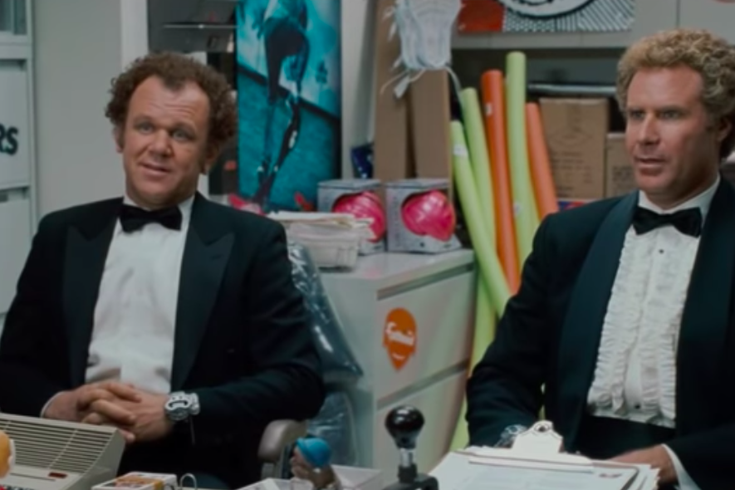 The 2008 movie "Step Brothers" starring Will Ferrell and John C. Reilly is full of quotable one-liners and ridiculous scenes that still make us laugh more than 10 years later.

While there are plenty of laugh out loud moments, arguably the funniest parts of the whole movie involve the Catalina Wine Mixer.

The event is fictional, but fans of the movie wish it was real because, well, it's the f***ing Catalina Wine Mixer.

While there is a party based on the "Step Brothers" event in California, that's a long way from Philly.

Back for the second year, the party will take place Saturday, June 15, at the Haddon Square Beer Garden, where there's so much room for activities.

The Haddalina Wine Mixer, hosted by Keg & Kitchen, will include food trucks, beer from Double Nickel Brewing Co., cocktails made with Tito's Handmade Vodka, a selection of Bon & Viv Spiked Seltzer and BABE Wine. Drink tokens will be sold at the entrance.

On stage, Five Times Famous will perform and DJ Razor One. While the set won't be strictly '80s Billy Joel music, some of the Piano Man's hits will be played, along with random tributes to "Step Brothers."

And there will be Choppers at the event. Not helicopters like at the Catalina Wine Mixer, but instead axe throwing company Choppers Hatchet House, which will set up a throwing cage.

The Haddalina Wine Mixer is free to attend and will run 3 to 10 p.m. Wearing a costume inspired by the movie is encouraged.

Also, in between dancing and drinking, attendees are asked to check out the Paw It 4ward Foundation table to make a donation to the local animal rescue.