The company's first South Jersey location debuted in Evesham in 2019 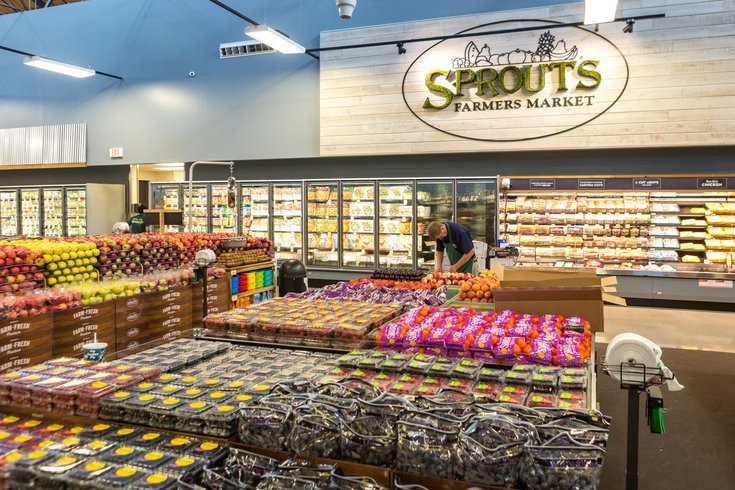 Sprouts Farmers Market is one of the fastest-growing supermarket in chains in the United States. The company plans to open a location in Camden County, New Jersey.

Three years after opening its first store in New Jersey, grocery chain Sprouts Farmers Market appears to be planning a second location in the state.

The Arizona-based supermarket, known for its fresh produce and bulk foods, reportedly aims to open a new store in Haddon Township, according to the Courier Post.

A filing with the town's planning department indicates that Sprouts hopes to take over a 23,000-square-foot space at a shopping center off Cuthbert Boulevard. The market would fill the storefronts previously occupied by A.C. Moore and Tuesday Morning, which are located between a Target and a Cork 'n Bottle liquor store.

Founded 20 years ago, Sprouts has expanded rapidly in recent years, growing to more than 380 locations in 23 states. Not long after opening a shop at Philadelphia's Lincoln Square, the company opened its first New Jersey store at Marlton Crossing off Route 73 in Evesham Township.

In addition to its produce and natural foods, Sprouts stores carry a selection of vitamins and supplements, body care products and household items. The proposed store in Haddon Township reportedly would include a section for beer and wine.

The Haddon Township planning board is expected to review the proposal during a meeting in early April.