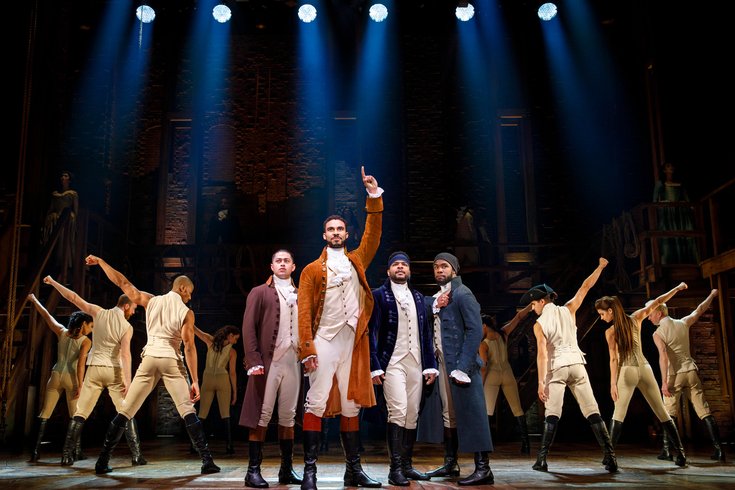 Actors perform "Hamilton," which is coming to the Forrest Theatre between August and November.

But if you're a fan, then you already know that, and if you're a big fan, then you've probably already secured your tickets to see a performance during the show's three-month run at the Forrest Theatre.

Now, it's time to start planning how you'll spend the hours leading up to showtime. If you're looking to dine out in the city before, we know a few places to go.

The three restaurants below are offering special pre-theater menus during the "Hamilton" frenzy. The show officially makes its Philly debut on Tuesday, Aug. 27, and will end on Sunday, Nov. 17.

Located across the street from the Forrest Theatre in Center City, chef Townsend Wentz' Spanish restaurant will offer a three-course menu for $35.

Additionally, pre-theater diners can enjoy $8 house red and white wine as well as $8 sangria. The pre-theater menu will be available Tuesday through Sunday from 5 to 7 p.m. 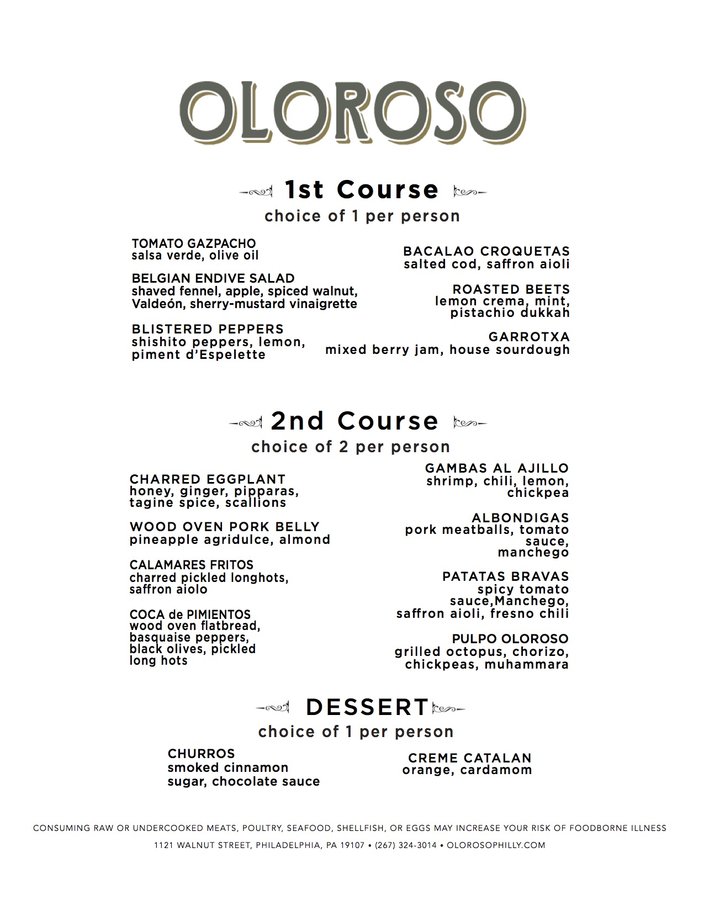 The Center City restaurant known for seafood and steak is less than a 10-minute walk from the theater.

In honor of "Hamilton," the restaurant's $55 pre-theater menu will include Betsy's Buttercake, named for Alexander Hamilton's wife, and the historical cocktail, Rum Punch. The two cocktails on the menu will be available at a discounted price of $10 for pre-theater diners. 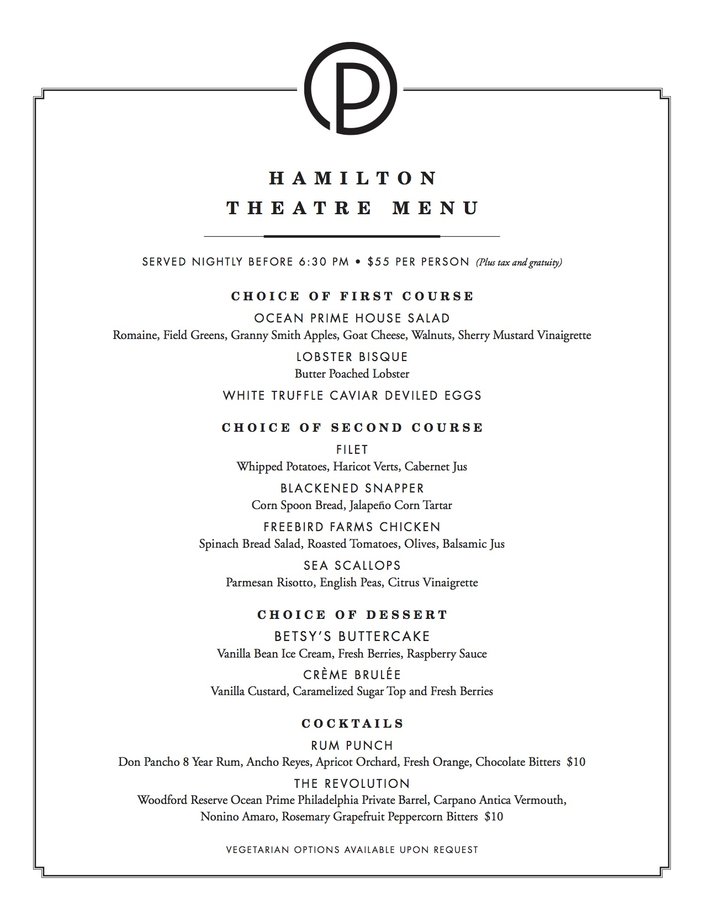 Located in Rittenhouse, less than a 15-minute walk from the Forrest Theatre, is Square 1682. It will offer a pre-theater menu featuring one small plate, one large plate and one cocktail, glass of wine or dessert for $36.

Guests can choose between duck wings, kale salad and a meat and cheese board, among other small plates. Large plates include cauliflower curry, jerk short rib and lemon pepper chicken.

For diners who choose dessert, two options are the chocolate affogato and peach cobbler.

The restaurant will also offer a "Hamilton"-themed cocktail called You'll Be Back ($13). The drink includes ingredients that would have been familiar to the Founding Fathers, such as oat-infused bourbon, raisin rum and East India sherry.

Also good to know if you're seeing "Hamilton" in September, Center City District Restaurant Week will take place Sunday, Sept. 15, through Friday, Sept. 27. Tons of restaurants will offer three-course dinners for $35 per person, and some will also offer three-course lunches for $20.