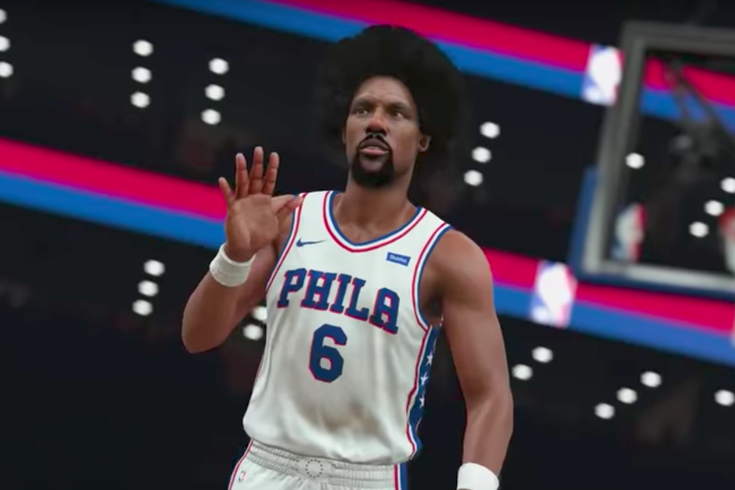 Anticipation for NBA 2K18 is building, as players' ability ratings are slowly revealed and players squabble over said ratings.

The video game, set to be released on Sept. 15, added to the hype on Thursday by announcing the rosters – and ratings — for the all-time teams for each NBA franchise.

Let's take a look at the Sixers' roster: 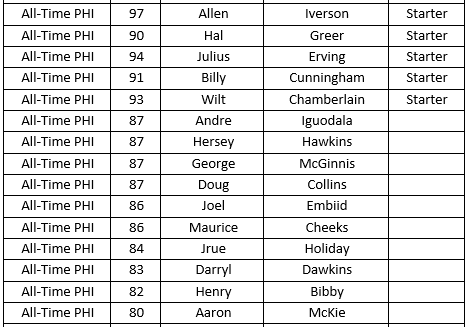 The all-time team roster for the Sixers on NBA 2K18.

• After playing just 31 games in his debut season, Joel Embiid's 86 rating is good enough to get him on the all-time roster. He's that talented. Let's just hope he gets cleared to play soon and stays healthy.

• The starting five, already a lethal combination of players, would be even more deadly if Philly had the younger versions of Wilt Chamberlain and Julius Erving before they signed with the Sixers. On the Warriors, Chamberlain has a 98, but he has a 93 on the Sixers. Erving goes from 97 to 94 from the Nets to Philly.

• You're probably thinking, "Wait, Jrue Holiday made the team but not Charles Barkley?" Well, Barkley doesn't want to be in the 2K games. Here's why.

This is where you start to see how good all these teams are. A middle of the road all-time team with a starting five all in the 90s. Those few at the bottom under 85 keep them here.

You can check out all 30 rosters on the NBA 2K Facebook page here.