Here's who won't play in the Eagles-Browns game 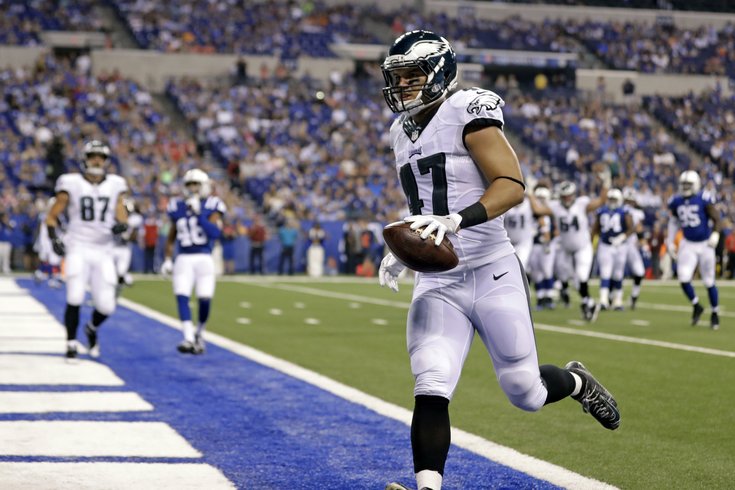 Trey Burton will miss Week 1 with a calf injury.

The Philadelphia Eagles and Cleveland Browns released their inactive lists for their Week 1 matchup at Lincoln Financial Field. Here's who won't be active this afternoon:

• WR Bryce Treggs: Treggs, aka the guy who took the legend Paul Turner's roster spot, is out with a knee injury.

• OL Dillon Gordon: Gordon is a versatile player the Eagles want to develop over time, but he'll be active Week 1, and likely for a while. Some wondered if Gordon could be the primary fullback. Look for DT Beau Allen to fill that role.

• OL Halapoulivaati Vaitai: Again, Vaitai is a project at this point, unlikely to see the field barring injuries.

• OL Isaac Seumalo: This is a surprise. Seumalo was a potential starter a couple weeks ago, but he'll watch Week 1 from the sidelines.

• S Terrence Brooks: Brooks was a late addition to the roster when the Eagles claimed him off waivers a few last Saturday.

• WR Josh Gordon: Gordon was reinstated back into the league, but he will still have to serve a four game suspension to start the 2016 season.

• DE Desmond Bryant: Bryant led the Browns a season ago with 6 sacks. He tore his pectoral muscle and was placed on IR, ending his season.

• OLB Armonty Bryant: The Browns' other Bryant was suspended for four games for violating the league's policy on performance enhancing drugs. He was second to Desmond Bryant last season with 5.5 sacks.