Here’s your chance to see the best worst movie of all time, ‘The Room’ 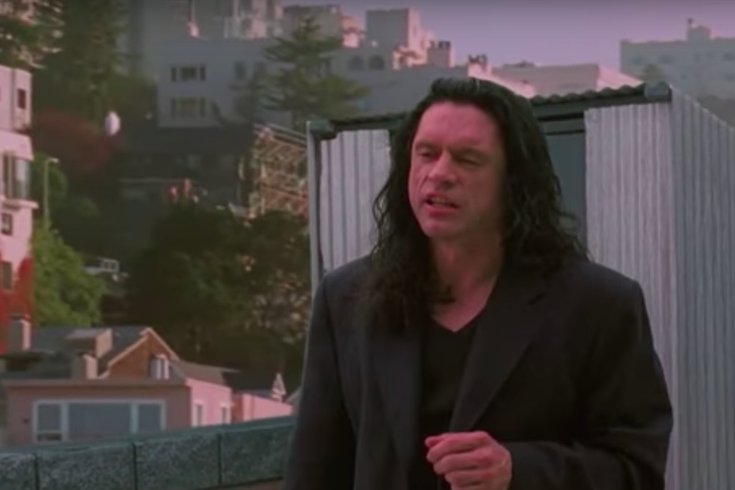 Oscar nominations were announced Tuesday and among them was a nod for the script of James Franco’s “The Disaster Artist,” a comedy that shows how “The Room,” a film widely believed to be the worst movie of all time, got made.

Though “The Disaster Artist” works for audience members who may have heretofore been unfamiliar with 2003's “The Room,” the film has developed a cult following in the years since its release and grows ever more difficult to find unless you’re up for buying the DVD or trying to find it on YouTube.

Like most cult classics, however, part of the joy in watching it is with a crowd. Just like people dress up and holler at the screen while watching “The Rocky Horror Picture Show” each Halloween, “The Room” will sometimes show at screenings around the country to similar fanfare.

One such screening is headed for Old City’s Ritz at the Bourse next month. At 11:59 p.m. on Friday, Feb. 9, you can head over and check out why so many people are obsessed with this cinematic monstrosity. Get more details here.

In the meantime, check out Vox’s thoughtful analysis of why everyone keeps watching this terrible, terrible movie.

“It’s like a movie made by an alien who has never seen a movie but has had movies thoroughly explained to him,” says journalist Tom Bissell in the clip below.