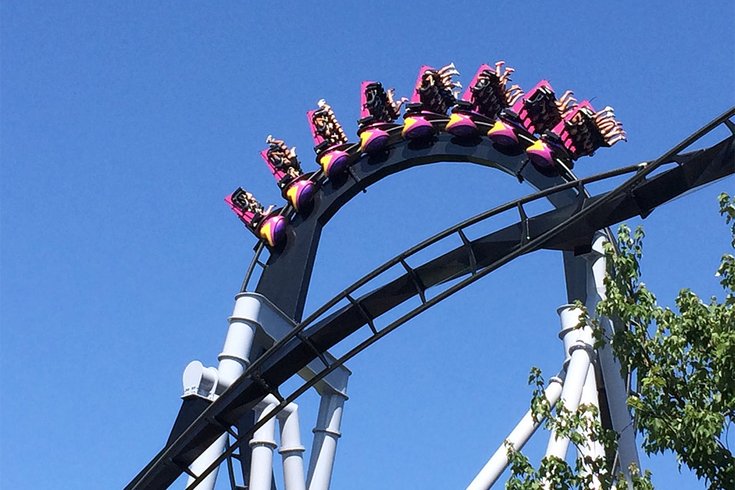 The Great Bear ride at Hersheypark.

A Pennsylvania man who lost his wallet on a rollercoaster at Hersheypark four years ago got a pleasant, but strange, surprise this week.

Jon Anson, told WHTM-TV that an amusement park employee had recovered his wallet and returned it to him after years of searching for it at the park.

It was after riding SkyRush that Anson had noticed his wallet had gone missing. Since then, it had become a "tradition" between family members to look for the wallet each time they returned to the park, Anson said.

"God love 'em, they actually think they're going to find it and they really look hard for it," Anson told WHTM-TV. "So when I got the call that someone actually found it, I just laughed out loud."

Apparently, the family got a call this month that the park maintenance crews recovered the moldy, decaying wallet.

Inside were a couple of old credit cards, the Hersheypark passes from that day, a $25 gift card to a book store, a gift card to a local golf center, and a Starbucks card with a few cents on it.

Anson said he used the remaining money on the Starbucks card last week.