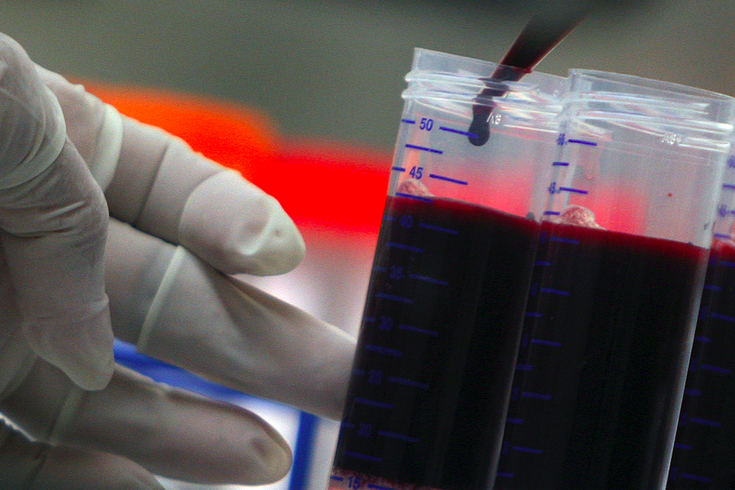 A doctor works with blood samples used for research in a experimental vaccine against HIV in Santo Domingo, Nov. 30, 2006.

As the HIV/AIDS epidemic continues to claim victims across the globe, three late-stage HIV vaccine trials offer a glimmer of hope that the disease can be stopped in its tracks.

The three clinical trials have reached the stage where the efficacy of the vaccines – HVTN 702, Imbokodo and Mosaico – needs to be proven.

Dr. Susan Buchbinder, director of the Bridge HIV research program at the San Francisco Department of Public Health and a chair of both the Imbokodo and Mosaic trials told NBC News that while these trials could fail, this is "perhaps one of the most optimistic moments we have been in."

"We have three vaccines currently being tested in efficacy trials, and it takes quite a bit to actually be promising enough in the earlier stages of trials to move you forward into an efficacy study," she said.

More than 32 million people worldwide have died of AIDS since it first appeared several decades ago. In Philadelphia, there are about 20,000 people living with HIV, the virus that prompts the development of AIDS.

Here's where progress stands on each of the potential vaccines:

The HVTN 702 vaccine builds upon RV144, an earlier vaccine candidate that lowered the rate of HIV infections by about 30 percent. The trial is being conducted in South Africa and is designed to offer full protection against a specific HIV subtype, HIV-1 clade C, that is mostly found in southern Africa. Results from this clinical trial, which includes 5,400 men and women, are expected by early 2021.

"If deployed alongside our current armory of proven HIV prevention tools, a safe and effective vaccine could be the final nail in the coffin for HIV," Dr. Anthony S. Fauci, director of the National Institute of Allergy and Infectious Diseases (NIAD) and a co-funder of the trial, said in a press release announcing the trial.

The Imbokodo trial currently is being conducted in five southern African nations. This summer, researchers completed enrollment of 2,600 HIV-negative women. In these nations, women and girls are at the greatest risk of HIV infection.

According to the National Institutes of Health, this vaccine uses "mosaic" immunogen (molecules that elicit an immune response) to protect against a variety of global HIV strains. The vaccines used in this study are the Ad26.Mos4.HIV and Clade C gp140. Results are expected in 2021.

The final promising ongoing HIV vaccine trial is called Mosaico. Like Imbokodo, it is based on a "mosaic" immunogen approach, but the vaccine formulations used for the last two of six injections slightly differ. In the Mosaico trial, the last two vaccinations include mosaic.gp140.

This trial also has a more diverse pool of participants. The study includes 3,800 gay men and transgender people at 57 clinical sites in the United States, Latin America and Europe. Results are expected in 2023.