March Madness: How to bet this weekend's Final Four games 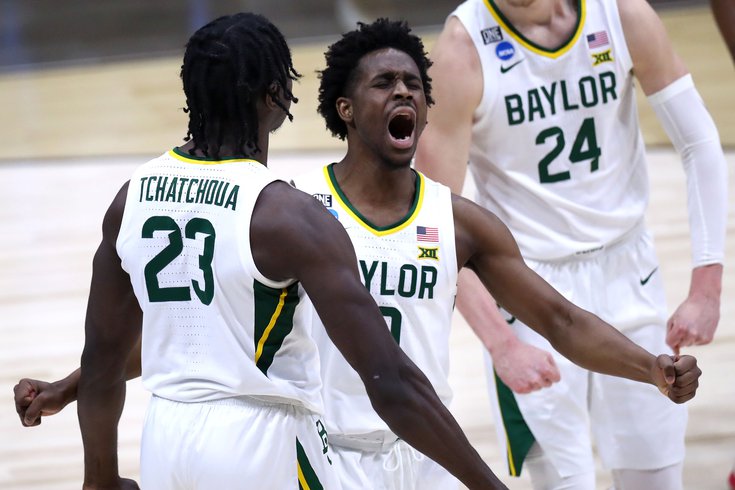 This NCAA tournament has been insane. It's been chock full of ups and downs, blowouts and low scoring games — and, of course, upsets. Finally, we are down to just four teams left.

The Final Four should be electric with so many people hoping the Zags fall and anxious to see if Baylor can outplay Houston’s blanket defense. Most importantly, there is a ton of value on the big board.

Let’s dive into it, with the caveat that you should always follow the public money — not to bet what they (we) bet, but more so as a warning. If you see an underdog like UCLA getting a ton of public money, it’s a good sign to either back off or just bet Gonzaga.

As always, all the lines below are courtesy of Pa.Unibet.com. Here we go!

I am a little surprised this number opened up north of 132 total points, but I am not here to complain. I like the under down to 131.5 at this point and wouldn’t be shocked if you got a favorable in-game play early in the first half. Here’s how I would bet this game, knowing that Houston’s defense has set the tone in each of their wins.

Two units on the under 134.5 today (the current number according to Pa.Unibet.com). This is the first part in creating a window where we expect the total to land. The high end is now in the mid 130’s for two teams that don’t mind playing slow. Once the game starts and the tempo is at a snail’s pace, make sure to keep a strong eye on the in-game total. I’ll jump in on the OVER once it dips to 124.5/124 total points.

The other factor is if the game jumps out to a much faster pace than expected. You might be crafting a DM to my Twitter page ready to rip into me. Hold off until you see the in-game total jump up to the 140’s. If you see the total hit anywhere at or above 142, jump on the OVER. That would be the best way to hedge and not lose anything pre-game.

Gonzaga is playing a different style of basketball than everyone else, including Baylor. The secret is out and there’s no more true value on lines with the Zags. Our best bet to beat the book this week is going back to our old friend, the first half total. Pacing isn’t a problem for Gonzaga — nor is it anything that their opponents can control. Otherwise, we’d see a "1" in their L column, instead of the rather large "0."

Take the first half over, currently at 68.5 points at Pa.Unibet.com, mainly because the Bruins are just the latest team to get in the Zags way. Nobody can control Gonzaga, and certainly no one is putting Timme in a corner. Mark Few’s star forward has become the toughest matchup in the tournament, and has done so without being the best overall player. It’s how the team manufactures big runs; they bait you into stopping someone like Jalen Suggs only to unleash Timme for three or four straight baskets. We just saw this happen Tuesday night with USC, so expect something similar on Saturday.

Like the earlier game, this matchup should provide a great way to double up some earnings at the half. Only watching the first half total with eyes on your bet would be a major error. Instead, always look to the future. As the first half starts to wind down and it’s clear the total will hit, focus on the whole game total. Watch that number shoot up to the high 150’s or even low 160’s, if we are lucky maybe even 168.5. Pound the under like there’s no tomorrow.

The Zags have a tough task in covering a double-digit number against UCLA, one that I would personally stay away from. The best value on Saturday comes in pre-game total bets, matched with live betting to compliment your existing tickets. None of this is an exact science, but matching some data with your own eyes will at least put you in a position to succeed.

This content and the links provided are sponsored by Pa.Unibet.com, a PhillyVoice.com Betting Odds Partner, independently created by PhillyVoice.