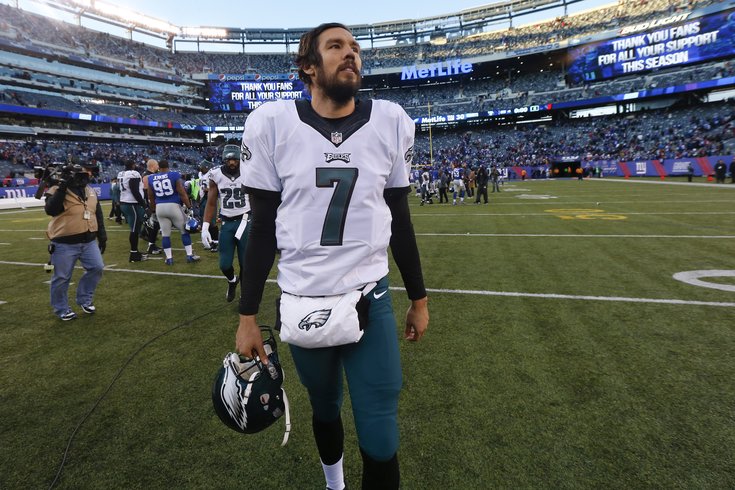 In the wake of the Eagles' trade up to the No. 2 pick in the 2016 NFL Draft, Howie Roseman spoke in the Eagles' auditorium for roughly 17 minutes. In his opening statement, he was emphatic that Sam Bradford would be the Eagles' starting quarterback in 2016.

"Let me be clear," said Roseman. "Sam Bradford is our starting quarterback. We told Sam that. We intend to support him, and the moves we made this offseason we believe will give us the chance to compete this season."

Buuuut, when asked if Carson Wentz "Eagles Future Rookie Quarterback X" would have the opportunity to beat out Bradford for the starting job during the preseason and training camp, Roseman certainly didn't say no.

Ideally, the Eagles could allow Wentz "Quarterback X" to sit for a year rather than throw him to the wolves as a rookie. Even more ideally, Bradford would play well in 2016, with "Quarterback X" progressing rapidly and showing that he can be the franchise guy. That would allow the Eagles to potentially flip Bradford during the 2017 offseason for a draft pick. In that scenario, a projected Eagles quarterback depth chart might look something like this:

Still, there have been times in the past in which rookie quarterbacks have clearly (and unexpectedly) out-shined a veteran in camp. See: Wilson, Russell. So don't rule it out.

Eagles quarterbacks might be covered heavily during training camp.