HSBC restructuring could impact employees in Pennsylvania and New Jersey

The international bank says investments are doing poorly in the U.S., where it employs 10,000 people 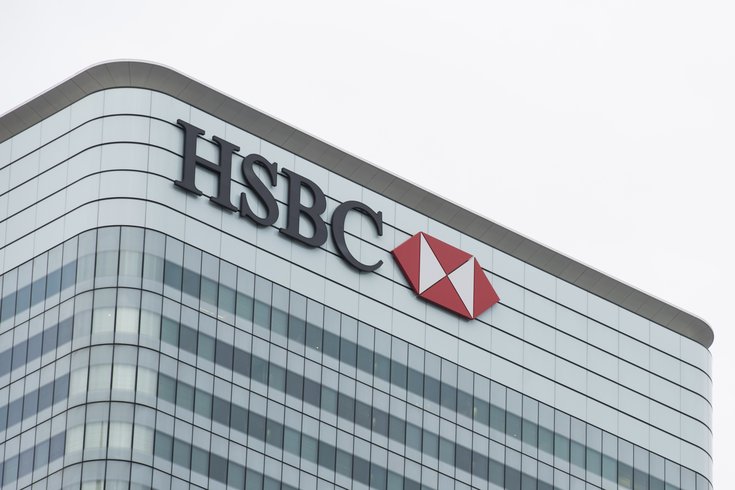 HSBC Bank plans to layoff 15% of its staff, potentially resulting in job losses in Pennsylvania and New Jersey. The London-based company is the seventh largest bank in the world. There are two HSBC branches in Philadelphia, one in Center City and another in Chinatown.

HSBC, the seventh largest bank in the world will eliminate 15% of its staff, officials announced Tuesday, potentially resulting in layoffs and branch closures at its Pennsylvania and New Jersey locations.

The London-based bank employs more than 10,000 people in eight U.S. states, among them Pennsylvania, New Jersey, and New York. Total jobs cut in the firings will be around 35,000 of its 235,000 employees worldwide, NPR reported Tuesday.

HSBC's interim CEO Noel Quinn said in a statement that HSBC will be focusing on Asian markets. Banking and investment in the U.S. and Europe, he said, is "not delivering on acceptable terms." The bank already does a majority of their work in Asia.

Recent world events like Brexit, China-US trade disputes, and now the coronavirus outbreak may have contributed to economic uncertainties for the bank as they have all disrupted business.

The Associated Press reported that in 2019, HSBC's profits fell by more than half, dropping 53% to $6 billion.

HSBC says it will close around 80 branches in the U.S., which is 30% of its U.S. locations Specific information has not yet been shared about which branches would be affected.

All HSBC branches in Pennsylvania are in Philadelphia – one in Center City and one in Chinatown. There are two branches in New Jersey, both in the city of Edison.