The company evaded FTC regulation, according to a news report 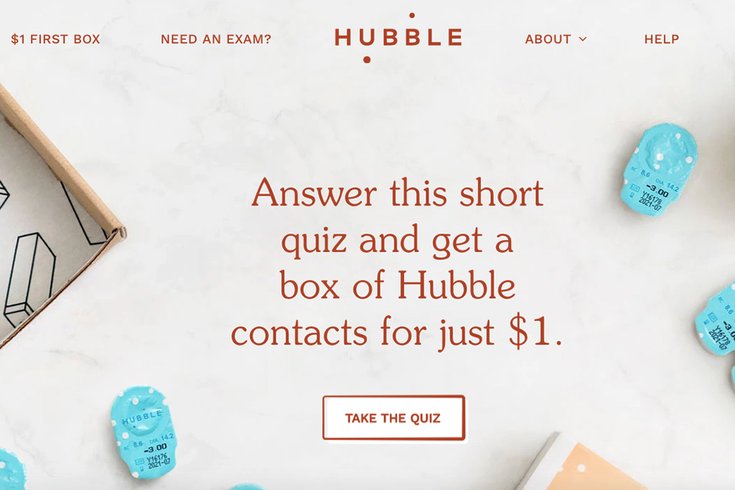 Hubble offers a first box of contact lenses for $1. But some customers are reporting eye pain, inflammation and ulcers from wearing the lenses.

Consumers are finding out the hard way that $1 contact lenses, albeit a great deal, may not be the  best thing for your eyes.

Hubble, a startup brand whose advertisements you may have seen on Instagram or Facebook, offers a subscription contact lens service with the promotional deal of about $1 per day for a pair.

The contacts, however, have reportedly resulted in some customers experiencing extreme eye pain, inflammation of the eyes and even ulcers after use, Daily Mail reports.

The New York Times reported Sunday that Hubble is working under a loophole that helped them avoid regulation by the Federal Trade Commission and sell its contacts without any medical professional consultation.

RELATED READ: These tiny mites are mating on your face while you sleep

It's apparently not the first time Hubble has run into problems. In December 2017, a Quartz story detailed how a reporter purchased contacts from the direct-to-consumer company using a phony prescription from a fake doctor.

The company, however, told the Times that its sales are legal and plenty of customers are happy with their Hubble lenses, adding that “the suggestion that Hubble is engaging in impermissible contact lens substitution is simply not based on the facts or the law, and does not reflect our business practices or the standards by which we operate.”

The FTC has received 279 complaints about Hubble and its parent company, Vision Part, since it launched in 2016, the Times noted.

Of course, none of these reviews can be found on Hubble’s review section of their website. But troubling reviews are less easily hidden on the company’s Instagram posts, which you can read for yourself here.