KHN puts that question to the test 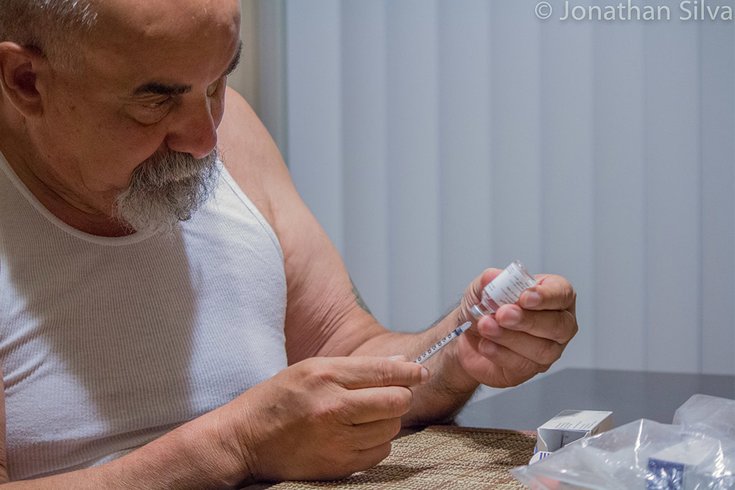 High prescription drug prices are fast becoming a leading political topic, with medications like insulin emerging as a poster child for the issue. Nearly doubling in price from 2012 to 2016, the diabetes medication has commanded bipartisan attention on Capitol Hill and even a shoutout in a recent Netflix comedy special.

Voters say curbing such prices should be a top priority for lawmakers — and Democratic presidential candidates are paying attention.

At an April 22 CNN town hall, Sen. Kamala Harris (D-Calif.), among the field of Democrats vying for the 2020 nomination, responded to a health care question by spotlighting insulin’s spiraling price tag.

MORE HEALTH: Type 2 diabetes: can it be predicted by a genetic test?

“One out of 4 diabetes patients in our country cannot afford their insulin,” she said.

That would be a shockingly high number, researchers point out, and could become a talking point Democrats return to throughout the campaign season. The cost of insulin particularly resonates given diabetes’ incidence rates.

According to the American Diabetes Association, about 1.25 million Americans have Type 1 diabetes —less common than Type 2 — and cannot live without insulin.

With that in mind, we decided to dig in to see if Harris’ statement checks out.

When asked about this particular statement, Harris’ campaign first cited a peer-reviewed study published in December, which looked at people with diabetes being treated at the Yale Diabetes Center in New Haven, Conn. Of 199 participants, 51 people — just over 25% — reported they either reduced or stopped taking insulin because of the cost.

The study is small and limited to one metropolitan area. But it likely paints a more-or-less accurate picture nationally, three health care academic researchers said.

“The characteristics of the people that were included look reasonably well-distributed across measures we’d be thinking about, like age, insurance type, race, ethnicity,” said Stacie Dusetzina, an associate professor of health policy at Vanderbilt University. “They probably are pretty much on target.”

The study also corresponds with other surveys, though they too have limitations.

One, commissioned by the American Diabetes Association and made public last May, polled about 530 people online whose demographics corresponded to the national data of people with the illness. About 27% of respondents suggested the price of insulin had “affected their past year purchase or use of insulin.”

There is also an online opt-in survey administered by T1 International, an advocacy group for people with diabetes. Its 2018 results and methodology are undergoing peer review and have not yet been published in full, said James Elliott, one of the organization’s trustees. He suggested it would likely ultimately support Harris’ “1 out of 4” talking point.

SOME EXTRAPOLATION, BUT THE POINT IS 'MORE TRUE THAN NOT’

The caveat is that Harris’ comment is based on limited data, and only one of the papers has been peer-reviewed.

Though insulin’s price has skyrocketed in recent years, no sizable national survey or study has tracked insulin affordability, said Dr. Jing Luo, an instructor at Harvard Medical School who was involved with the Yale study and has researched insulin pricing more generally.

That perhaps limits any effort to make an argument about insulin access nationwide, or at the very least requires some extrapolation.

We also asked about Harris’ specific word choice: “cannot afford their insulin.” All the research examining this issue doesn’t ask that precise question, but rather, asks if the cost has resulted in a patient’s purchasing or using less medication.

That, analysts said, is, in fact, a good proxy for whether people can’t afford insulin. And it may understate the problem, said Dr. Kasia Lipska, the endocrinologist who led the Yale study, since it doesn’t account for people who keep buying medication but skimp on groceries or other necessities as a result.

The lack of a national study is an issue, for sure, and to some extent limits the extent to which we can put stock in Harris’ 1-in-4 figure. It’s also important to remember that it refers to a narrower group — only patients with Type 1 — rather than all people with diabetes.

But experts broadly suggested that the findings in the three reports referenced — one peer-reviewed academic paper and two surveys — amply support her claim. And the broad meaning of the phrase “cannot afford” means the problem could be more significant than these datasets suggest since they measure only people going without medication, not those for whom insulin prices maybe create other financial issues.

This statement is accurate but needs some additional information. We rate this claim Mostly True.

A related story from our PolitiFact partners: “Does Half the U.S. Population Have Diabetes or Prediabetes, as Tim Ryan Claimed?” PolitiFact National (Valverde, April 29).