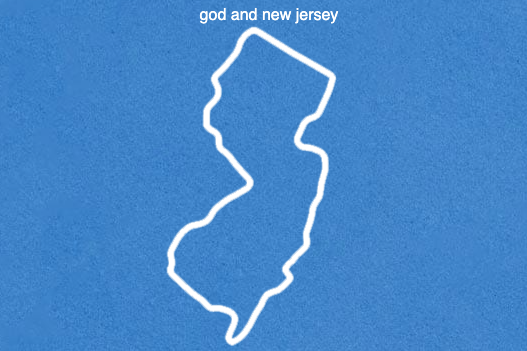 Jack Antonoff of Bleachers has launched "God and New Jersey" a podcast entirely about his home state, featuring episodes with Ezra Koenig of Vampire Weekend and Gerard Way of My Chemical Romance.

Jack Antonoff, the musician behind Bleachers and a New Jersey native, has created a podcast entirely about his home state.

In "God and New Jersey," Antonoff has conversations with other musicians from Jersey – such as Ezra Koenig of Vampire Weekend and Gerard Way of My Chemical Romance – about the state's culture and music.

The podcast launched mid-pandemic, a time when some people are returning home. It premiered in late November on Soundcloud and on the site Antonoff created.

Koenig and Way are the guests on the first two episodes of the podcast. Koenig grew up in Glen Ridge, Essex County, and Way is from Summit, Union County.

Antonoff, named the state's Artist of the Decade by NJ.com in 2019, spent his childhood in Woodcliff Lake, Bergen County.

"I come from a strange place," Antonoff tweeted on Nov. 23, as he first explained the motivations behind his New Jersey-themed show.

im from a strange place. want to understand it. why i sound like it. why all the hope and pain that new jersey carries is so present. the way we hug nyc. so close but lightyears away. living in that big shadow. a place thats a punch line for some people, zion to others.

The first guests on "God and New Jersey" make appearances at a time where their non-musical, artistic endeavors are in the spotlight: Koenig hosts his own Apple Music podcast called Time Crisis, and Way is the creator of original comics behind Netflix's "The Umbrella Academy," starring actor Elliot Page.

But the topics they each discussed during their episodes are highly specific to New Jersey. Listen to both episodes below.

The podcast's launch coincides with Antonoff and Bleachers' collaboration with New Jersey music legend Bruce Springsteen on the single "Chinatown" and accompanying music video that were released on Nov. 16.

Springsteen and Antonoff later performed "Chinatown" together on the roof of Electric Lady Studios in New York City. That video premiered Monday.

At the same time, the former fun. band member – always known for his many collaborations – is helping Springsteen's wife Patti Scialfa produce an album. Antonoff also is featured on Taylor's Swifts second surprise album of 2020, "evermore."

In a Instagram post, Swift said that Antonoff is one of the producers on the album, alongside Folklore collaborators Justin Vernon of Bon Iver, Aaron Dessner of The National, and others.

"I loved creating these songs with Aaron Dessner, Jack Antonoff, WB, and Justin Vernon. We’ve also welcomed some new (and longtime) friends to our musical kitchen table this time around..." Swift said.