Hassan Elliott, who could face the death penalty, and others previously were charged by District Attorney Larry Krasner 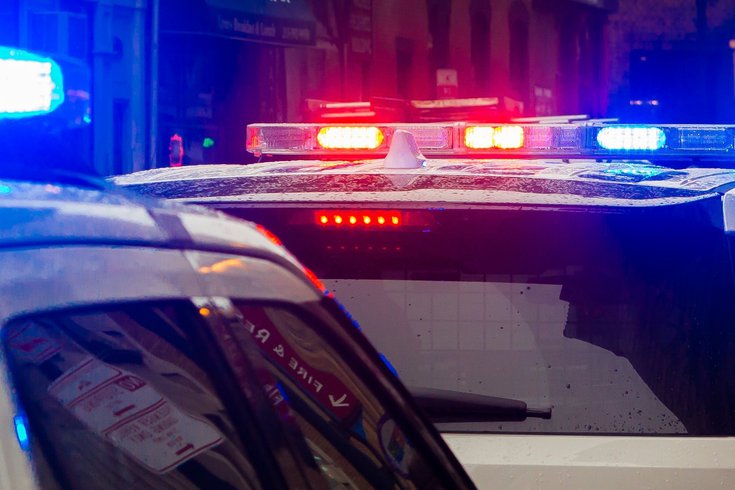 O'Connor, 46, was attempting to execute an arrest warrant on Elliott in the Frankford section of Philadelphia when he was shot in the shoulder above his bulletproof vest as he climbed the stairs of the group's alleged drug stash house.

On the day of the shooting, the SWAT team announced its presence multiple times at the house, located on the 1600 block of Bridge Street. Elliott allegedly fired a rifle 16 times, striking and killing O'Connor.

The four men also were charged with various firearm and drug charges. The indictment also included a notice of special findings against Elliott, 22, that makes him eligible for the federal death penalty. McSwain said prosecutors have not decided whether to pursue capital punishment.

The four defendants previously had by charged with various crimes, including murder, by Philadelphia District Attorney Larry Krasner. A preliminary hearing held in October was cut short when a defense attorney went into labor, reported 6ABC.

McSwain used the new charges to criticize Krasner's bail reform polices, as he has done in the past, blaming Krasner for O'Connor's death. Elliott also faces state charges connected to two other homicides and a nonfatal shooting.

The D.A.'s Office allowed Elliott to be released on his own recognition in January 2019 after he was charged with cocaine possession, a violation of his parole from an earlier weapons case. In the meantime, Elliott allegedly murdered Tyree Tyrone and remained at-large until O'Connor sought to arrest him earlier this year.

"In order to address this epidemic of violence in our city, we must have the courage to tell the truth," McSwain said. "The truth is that, as a practical matter, Krasner’s pro-violent defendant policies are what put Elliott on the street; they put this horrible chain of events in motion; and in that sense, these policies are every bit as responsible for Sergeant O’Connor’s alleged murder as the defendants."

Jane Roh, a spokesperson for Krasner, declined to respond to McSwain's comments but told the Inquirer that his office will continue its own prosecution.

"The Philadelphia District Attorney's Office looks forward to working with the next U.S. Attorney ... under President-elect Joe Biden as we seek to resolve in a timely manner these gravely serious cases," she said.

O'Connor, a married father of two, came from a family with a long history of police work. His father was a Philadelphia police officer, as is his son and daughter-in-law. His daughter serves in the U.S. Air Force.