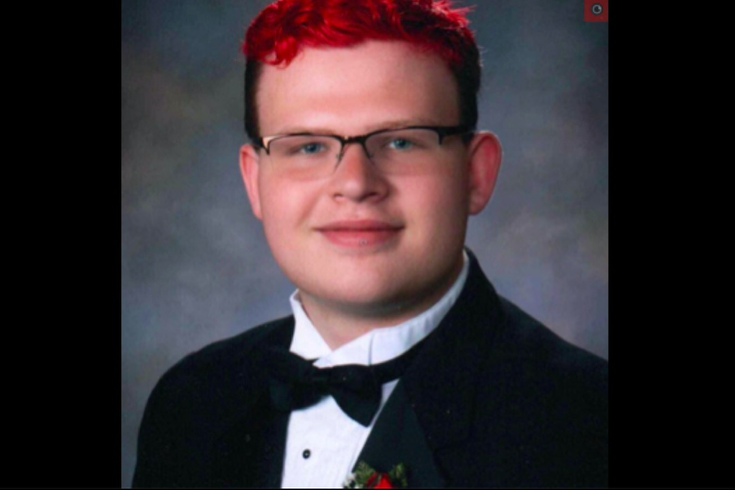 Jason Kutt, 18, was a 2020 graduate of Pennridge High School. He was killed at Nockamixon State Park in Bucks County on Saturday, when he was struck by a bullet from an unknown shooter. An investigation into Kutt's death remains ongoing.

Bucks County investigators are searching for three vehicles that were seen in the area of Nockamixon State Park when 18-year-old Jason Kutt was fatally shot last Saturday afternoon.

The shooting happened near the Old Ridge Road entrance to the park, located across from the marina at Lake Nockamixon.

Kutt, of Sellersville, was at the at edge of the lake with his girlfriend when he was struck by a single bullet in the back of his head.

Kutt's girlfriend, who was not identified, told authorities that she saw a man in an orange vest that appeared to be hunting clothing. The man stood behind a yellow gate at Old Ridge Road and looked in the direction of Kutt and his girlfriend.

The distance from the gate to where Kutt and his girlfriend sat was about 550 feet, according to investigators.

Detectives are searching for the owners of three vehicles that were either parked on Old Ridge Road or seen traveling in the area around the time of the shooting. They may be potential witnesses.

The vehicles are described as follows:

Bucks County District Attorney Matthew Weintraub said it remains unclear whether the shot that struck Kutt was intentionally directed at him or accidental.

It is currently deer season in Pennsylvania, but Saturday was the last day for muzzleloader rifle hunting of deer. Small game also is hunted this time of year, but hunters are warned to exercise extreme caution at state parks, where other people may be present.

"This was a young kid with his whole life ahead of him. He has no apparent enemies, had done nothing wrong, had done nothing to incur any wrath from anyone," Weintraub said. "This is just a terrible tragedy and right now we're trying to find out who was at the other end of this gun and whether a crime has been committed."