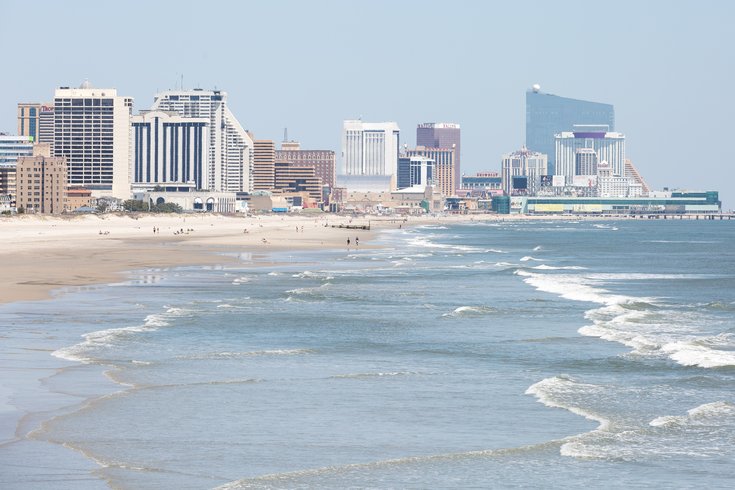 The Atlantic City skyline is one of the visual treats seen from the Ventnor City Fishing Pier.

Last week 10 beaches at the Jersey Shore were reported to have above the minimum level of Enterococci bacteria, and now the contamination level has expanded to dozens of more areas, calling for water quality advisories at no less than 47 Jersey Shore beaches.

Enterococci is a bacteria often linked to human and animal feces that can lead to a number of unsavory symptoms for people who make contact with it, including vomiting, diarrhea, rash, and flu-like symptoms. The New Jersey Sanitary Code requires a maximum 104 colonies of the bacteria for every 100 milliliters. Now numerous beaches throughout Atlantic, Cape May, Monmouth, and Ocean counties are exceeding that limit.

Why so much contamination? Officials say it's likely caused by the number of storms and rainfall so far this season, causing increased stormwater runoff.

For the time being, the following beaches in Atlantic City, Ventnor, Margate, Wildwood, Wildwood Crest and Cape May are among the shore towns where water quality advisories have been issued.

If the beaches turn out to have consecutive samples exceeding the bacteria standard, they could be closed entirely. Larry Hajna, a spokesperson for the New Jersey Department of Environmental Protection, told Patch the new levels of contamination are likely an offshoot of rain, saying, "Birds congregate a lot. When they defecate, it carries into the water."

Carry that lovely notion with you as you visit the shore this weekend, folks.