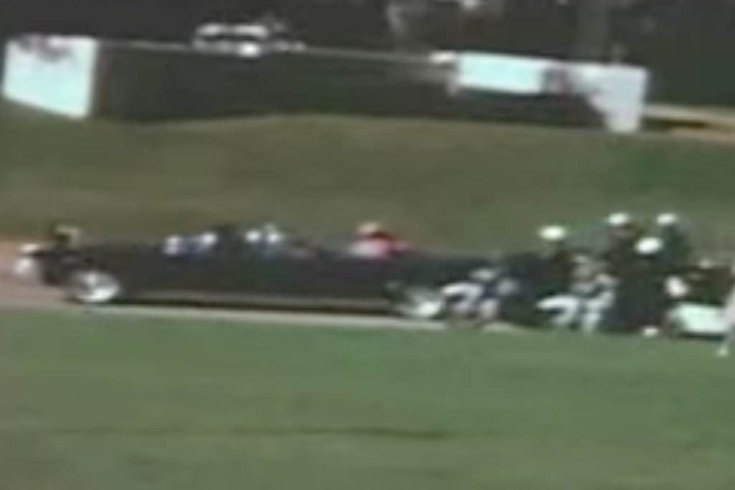 This year, Nov. 22 means Thanksgiving, but to an entire generation, Nov. 22 conjures an entirely different set of memories.

On Nov. 22, 1963, John F. Kennedy was shot and killed in Dallas, Texas. The way we consume the memories of that day is often through newsprint and radio recordings, and one South Jersey man decided he wanted to distill all of those fuzzy radio clips into one definitive entity.

RELATED: New Jersey man tells podcast how he's eaten pizza every day for 37 years | The top five episodes of the best true crime podcast out there

Michael Maggio, a Patterson native who now lives in Galloway Township outside Atlantic City, has created an 80-minute audio history of that day's news, featuring Texas radio stations, some of the more memorable news broadcasts and briefs, and encompasses the entire event. It’s an impressive piece of work.

You can listen to it here:

Maggio shared it on Soundcloud last Friday, just in time for Thanksgiving, which is the 55th anniversary of Kennedy’s assassination.

WHYY talked to Maggio about his project, which he said is a culmination of something that “dominated the early part” of his life.

“I was fascinated with the audio side of all of the news that was happening that day, because it was the last time radio was the lead player in the information dispersion,” he told WHYY.

Maggio said his personal memory of the moment it happened is indelible:

“Suddenly that special bulletin came on, that black screen with just the white words special bulletin and that familiar voice of Walter Cronkite. At that point I heard my mother gasp and my grandmother yell from downstairs.”

When the pie is all but finished off and the football is waning, this is more than worth a Thanksgiving evening listen.