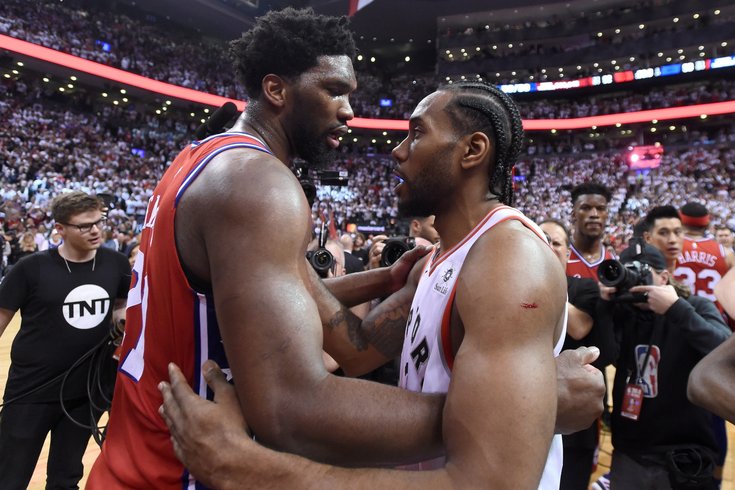 When you get knocked out of the playoffs in excruciating fashion, the only thing you can hope for to soothe your spirit is a letter from an elementary school child.

That's what happened when the Eagles' Alshon Jefferey dropped a critical fourth quarter pass against the New Orleans Saints in January. Now it's Joel Embiid's turn.

The Sixers' big man couldn't contain his tears in the moments after Kawhi Leonard and the Toronto Raptors sealed their Game 7 victory on Sunday night.

He appeared dejected in the post-game press conference, claiming he doesn't "give a damn about The Process." (That's evidently not true, since he now has a patent on the phrase).

"Dear Joel Embiid, you are my favorite player. I am sorry that you lost. I saw you crying on T.V. It's ok to lose sometimes, I lost basketball games too.”

When Jefferey received his letter, the wide receiver visited the girl's school in the West Chester area. We'll see if Embiid finds the time to pay a visit to Olivia.