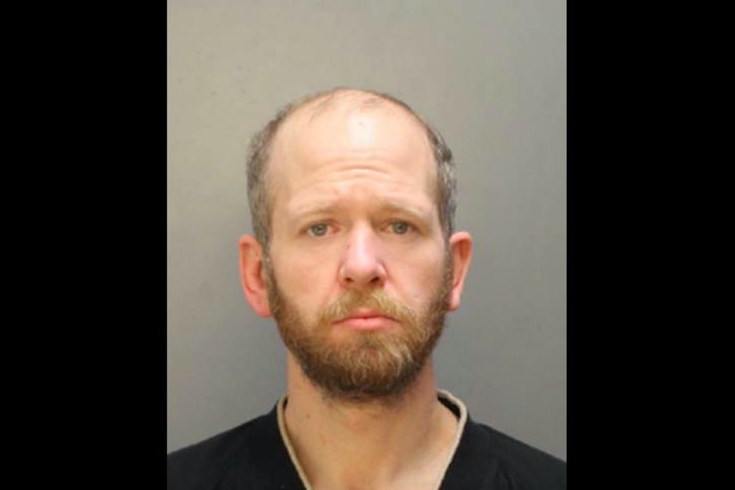 Joseph Hodum, 38, of Philadelphia, is charged with attempted murder and related offenses. He allegedly punched and kicked his cellmate at the Montgomery County Correctional Facility in Lower Providence Township, leaving the victim with severe and life-threatening brain injuries.

A Philadelphia man who allegedly beat an inmate to death at the Montgomery County Correctional Facility in March will face homicide charges, prosecutors said Friday.

Part of the March 30 incident was witnessed by correctional officers, who allegedly observed Hodum attack a sleeping Klampfer, striking him a dozen times and later stomping the victim's head when he fell to the ground.

Klampfer, of Norristown, lost consciousness and suffered a severe brain injury. He was placed in a medically induced coma and died April 13 without ever having regained consciousness.

An autopsy determined Klampfer's death was caused by complications of blunt impact head trauma. The manner of death was deemed homicide.

Both of the officers who witnessed the alleged beating told prosecutors that Klampfer never appeared to instigate the attack and never attempted to fight back or defend himself at any point.

The two-person cell was located directly adjacent to the officers' control booth. They called for backup prior to intervening, prompting family members of the victim to raise concerns about the prison's protocols and subsequent investigation.

"We have many questions about the circumstances surrounding this incident, but first among them is why these two corrections officers did not attempt to intervene while a defenseless inmate was beaten to death," the victim's sisters, Maureen Gregg and Jeanne Fannery, said in an April 22 letter.

Prison officials declined to comment on an active investigation and did not confirm whether the officers' conduct was under review, the sisters said.

A spokesperson for the Montgomery County Correctional Facility said the prison cannot comment on the matter until the criminal case is resolved. If Hodum is convicted, the prison's comment on anything related to the case will be delayed until his sentencing.

A preliminary hearing for Hodum is scheduled for May 21.