Challenging Larry Krasner will be a longshot, but an over-the-top campaign speaks to a trend in politics 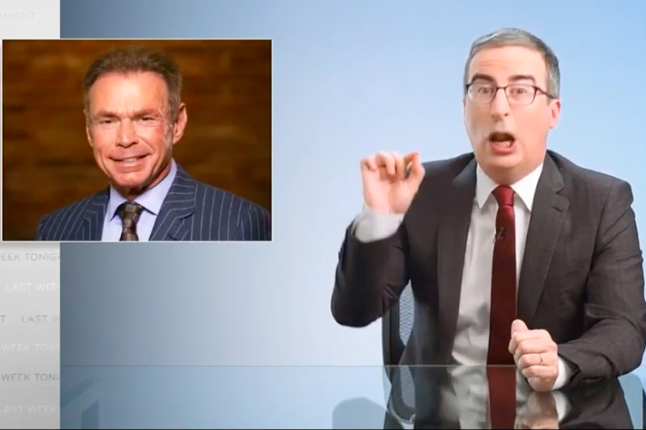 Philadelphia District Attorney Larry Krasner's landslide victory over challenger Carlos Vega in last week's Democratic primary was a clear reminder from voters that much of the noise in political campaigns doesn't accurately mirror their sentiments.

Krasner entered Election Day under siege from critics who laid blame for the city's gun violence epidemic at his doorstep, calling his larger reform efforts a diversion from — and detriment to — public safety.

Count among those critics his only remaining challenger, defense attorney Chuck Peruto, a Democrat-turned-Republican who has leaned into his eccentric personality to make an impression on Philadelphia voters.

Peruto, who ran unopposed in the Republican primary, got just over 11,000 votes last Tuesday. About 5% of the Republican vote went to write-in candidates.

With most of the focus on Krasner and Vega, Peruto's run has been a bit of a sideshow.

His strange "The Girl in My Bathtub" entry on his campaign website explains why Julia Law, a 26-year-old former paralegal, was found dead at his home in 2013. Peruto had been dating Law for a short period before her death and was on vacation in Avalon at the time. He was not implicated by law enforcement and the investigation determined Law likely died from alcohol intoxication and drowning, possibly complicated by a seizure.

Then there's the odd YouTube campaign video that Peruto released in February, earning a mention from John Oliver on HBO's "Last Week Tonight" on Sunday.

In the video, Peruto comes across as a mixture of Frank Rizzo and Frank Costanza, appearing in his office for 35 minutes — all in one take — to talk about his run for D.A. and why Krasner's policies don't work. As Oliver quipped, Peruto channeled "real no one in my family wants to listen to me anymore so they showed me how to use a webcam energy."


The most egregiously out-of-touch quote from Peruto's video came as he discussed burglaries and drugs in minority neighborhoods. Is it an issue that deserves discussion? Yes, but somehow Peruto found this segue to be his most effective means to broach the subject.

"I understand Black people just about as well as a Black person," Peruto said. "I'm not going to say equal, but pretty good ... The crimes in their own neighborhood are out of control. The policy of not snitching, not testifying, has got to stop."

Peruto went on to explain that he would ramp up witness cooperation by dangling more reward money, beefing up witness protection and offering hired personnel as a concierge service to get fearful witnesses to and from court.

Oliver had a field day with Peruto's campaign video, but the example was really part of a larger point about the direction of political campaigns.

"Peruto is unlikely to win, but he does speak to the post-Trump trend where extreme cartoonishness isn't a dealbreaker for candidates," Oliver said. "It's a selling point."

In a city that leans as heavily Democratic as Philadelphia does, Krasner's path to a second term is virtually assured.

In last week's primary, Krasner got more than 125,650 votes compared to Vega's roughly 62,800. In theory, it was a low turnout election that should have offered a path to knock Krasner down had the public's motivation to do so been as strong as the political tone suggested.

As the leading figure among a wave of progressive district attorneys in the U.S., Krasner's support has been predicated on the growing conviction that systemic problems in criminal justice are fueling a cycle of delinquency, prejudice, cheating and misconduct in every corner — from prosecutors' offices to police departments, courtrooms and communities.

It's a credit to Krasner's campaign that even in the midst of an alarming surge of violence in Philadelphia, he managed to keep this message front and center without dipping into the kind of schtick that Peruto's video screams. It would be hard to imagine Krasner trying with a straight face.

If the primary showed anything, it's that these attacks on Krasner were heard and digested, but they were largely tuned out when it came to casting votes. The challenges to Krasner have sorely lacked in substantive, evidence-based policy alternatives that don't represent regression to voters who embrace the shift in big-picture societal thinking.

That hardly means Krasner's first term results aren't deserving of scrutiny, or that Krasner should see his self-proclaimed mandate as reason to drown out the uneasiness many Philadelphians feel. What it might mean is that running bombastic, character-based campaigns — and letting outfits like the Philly FOP steer them with juvenile, hollow stunts — is not the winning strategy Trump's victory in 2016 made it out to be.