FOP Lodge 5 President John McNesby, who has backed challenger Carlos Vega, is expected to be at the event 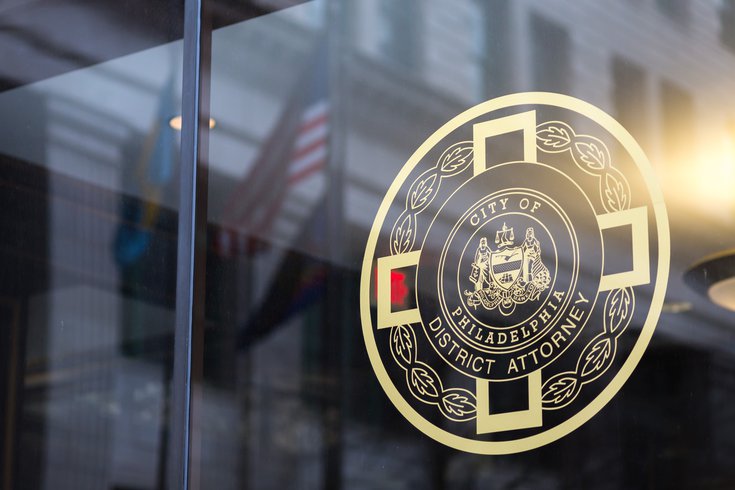 A Mr. Softee ice cream truck will be parked outside the office of Philadelphia District Attorney Larry Krasner between 11 a.m. and 2 p.m. on April 30, 2021. The truck's appearance is sponsored by Philadelphia's police union, which has endorsed Krasner's opponent, Carlos Vega, in the upcoming primary election.

The heated race for the Philadelphia District Attorney's Office will cool down, in a manner of speaking, when the police union rolls out a Mr. Softee truck with free cones outside the office of incumbent Larry Krasner on Friday.

A spokesman for the Philadelphia Fraternal Order of Police Lodge 5 announced the truck will be outside the D.A.'s office at 3 Penn Square from 11 a.m. to 2 p.m. The stunt is meant to be a metaphor for Krasner's "soft-on-crime" policies, a heavy talking point for the police union and other Krasner critics, including former U.S. Attorney William McSwain.

Contacted on Thursday, Krasner's office declined to comment on the ice cream truck, pointing instead to more than 60 re-election endorsements Krasner has received from across the city and beyond, including from U.S. Sen. Elizabeth Warren, of Massachusetts,  whom Krasner endorsed in the 2020 presidential election.

The longtime criminal defense lawyer, elected in 2017 as a progressive reformer, will be challenged by Carlos Vega in the upcoming Democratic primary election for the D.A.'s office. Vega is endorsed by the local FOP and has claimed his platform represents a "third choice" between heavy-handed policies and Krasner's progressive blueprint that the Vega campaign claims has not served Philadelphia well.

As the race nears the primary on May 18, Krasner has called Vega a "Democrat in name only" and has accused his opponent of working with the FOP to switch the registrations of Republican voters in an effort to undermine Krasner's base.

Krasner also has highlighted the disturbing camaraderie some FOP members showed in mingling with white nationalist Proud Boys during a party at the FOP lodge last year.

Krasner's time in office has been marked by efforts to overhaul the city's cash bail system, decriminalize minor crimes that feed a cycle of incarceration, and challenge abuses by law enforcement. The D.A.'s efforts are followed closely in the new PBS documentary series "Philly D.A.," which spotlights Krasner and his team working to change an entrenched culture and policy bias within the criminal justice system.

Vega, a longtime assistant district attorney in Philadelphia, was among a group of prosecutors Krasner fired after taking office in 2018. Vega and six other prosecutors sued Krasner, claiming age discrimination was involved in their dismissals. Vega has positioned himself as a defender of public safety who will pursue sensible reforms.

With gun violence surging in Philadelphia and in cities around the country, containing the homicide epidemic figures to be the central focus of debate between the two campaigns. Krasner's critics contend the D.A's office has not effectively prosecuted gun crimes or kept armed, violent criminals off the streets. The D.A.'s office has pointed to data showing increasing prosecution of gun cases across the city, particularly in the last two years.

It's not clear whether the Vega campaign has any connection with the Mr. Softee ice cream truck event on Friday. A request for comment from the Vega campaign was not immediately answered on Thursday afternoon.

Krasner and Vega will debate on May 8. The debate will be broadcast on  TV on NBC10 and on radio on KYW Newsradio.