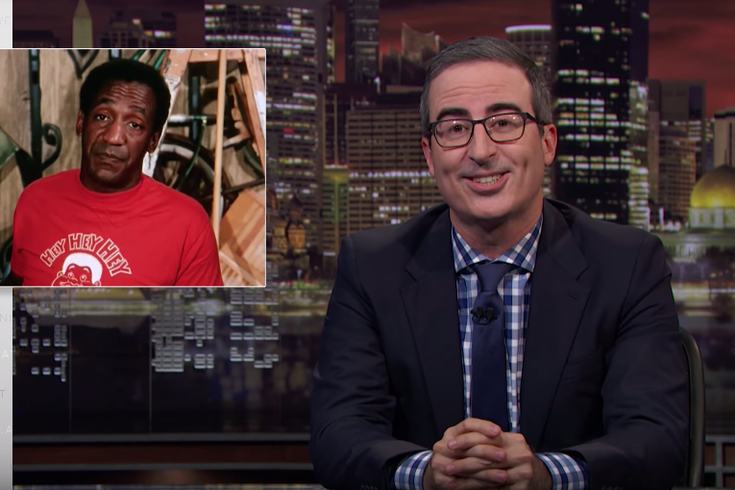 John Oliver started his prison labor segment with a clip that "has in no way been dated badly" of Bill Cosby in "Fat Albert and the Cosby Kids" from 1984, discussing how some people might find themselves in prison.

On "Last Week Tonight," John Oliver dove deep into the hardships of prison labor and discussed the many ways inmates and their families lose money in the process.

He started his prison labor segment with a clip that "has in no way been dated badly" of Bill Cosby in "Fat Albert and the Cosby Kids" from 1984, discussing why some people might find themselves in prison.

He says, "All of those people who are in prison right now were kids once just like you … and then somewhere along the way they did something wrong, something dumb, whatever it was it probably started small, became bigger. Maybe they even got away with it at first and thought they'd never get caught. They were wrong — now they're in prison."

"Yes. They are," Oliver said, "It's almost like they should have seen it coming."

Oliver tackles this issue by leading with the fact that 61 percent of prisoners hold prison jobs, including janitorial and kitchen staff duties. The national average pay for prison work is around $.63 an hour, and in some states prisoners don't make any money at all — and can even get written up or put into solitary confinement if they refuse to work.

In addition to little or no pay, inmates have a lot of expenses, including basic necessities from feminine hygiene products to medical copays. In order to send money to loved ones in prison, families have to pay high charge fees of 45 percent through JPay, a for-profit online payment system.

He added a final note, "Part of the way mass incarceration persists in this country is by keeping the true costs of it off the books. And we’re currently doing that through a combination of underpaid labor from prisoners themselves, financially draining families who’ve done absolutely nothing wrong and occasionally managing to monetize prisoners being launched into the f—ing air with livestock."