For Philly's Josh Verlin, loving basketball is a way of life 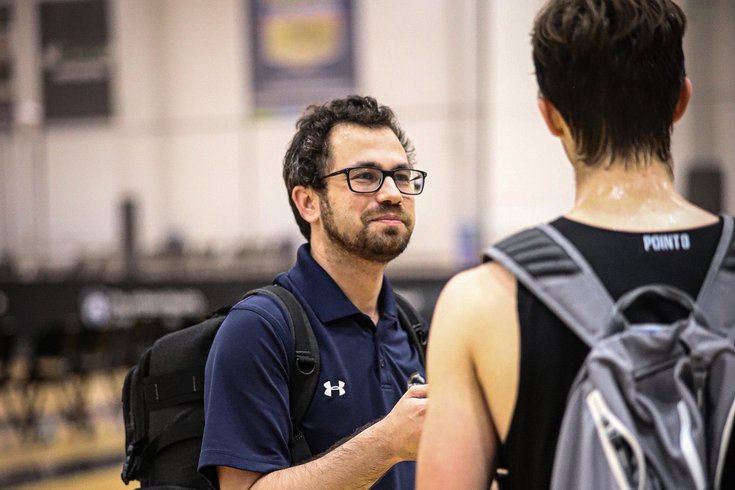 Josh Verlin, hard at work getting another story for City of Basketball Love.

It’s easy to get lost amid the cacophony of a thousand bouncing basketballs, squeaking sneakers, blowing referee whistles, and the general white noise chatter of coaches and players at a high school summer basketball tournament.

Yet, an unassuming, skinny, bespectacled guy in shorts and a t-shirt, carrying a college-ruled notebook and a pen, seemed to be the only one who knew where he was going and what he was doing in the sweltering St. Joseph’s Prep gym this past summer.

That's usually the case with Josh Verlin around a basketball court.

Everyone from Villanova Hall of Fame head coach Jay Wright to the 10th player coming off the bench at a small private high school knew him.

That’s also usual for Verlin, the 33-year-old editor-in-chief and President of the Board of Directors of City of Basketball Love (or CoBL for short), a one-stop shop for all things amateur basketball in Philadelphia and the surrounding area.

March is approaching and this is his time of year.

Philadelphia is world-renown as a basketball city and Verlin and his website are the only ones who cover and promote the game at every level except the NBA.

For decades, Philadelphia had the fabled Hall of Famer Dick “Hoops” Weiss, Dick Jerardi, Mike Kern, Joe Juliano and Ted Silary covering and chronicling high school and college hoops in the area. Those legends are now gone from an industry that continues to shrink. All that remains at the legacy outlets is The Inquirer’s excellent Mike Jensen.

Through time, newspaper budgets cut down coverage to a nub. High school coverage is nonexistent and Jensen touches as many corners of as many gyms as he can.

But no one covers basketball in the area quite like Verlin, who can be everywhere from an East Stroudsburg-Penn hoops scrimmage in mid-October, to documenting the growing number of schools and scouts checking out the area’s prime high school talent on a sweaty Sunday afternoon at St. Joe’s Prep in July.

Verlin launched City of Basketball Love on June 2, 2012, and it did well. In October of 2018, he shut the site down for six months, taking a brief respite from an exhaustive schedule, and relaunched in 2019 shortly before COVID-19 hit.

He grew up a four-for-four Philly sports fan, falling for a short, little point guard named Allen Iverson, and feeling a kindred bond as a short, little point guard when he played himself. He was drawn to the sport, despite playing just one year of organized basketball when he was eight, where he stood at the top of the key. His job was to pass the ball if it ever arrived in his hands, he recalls laughing.

A 2007 Harriton High School graduate, Verlin originally went to Pitt, where he grew attracted to college basketball, and transferred back to the area, attending Temple, where he graduated in 2012 with a degree in broadcast journalism. 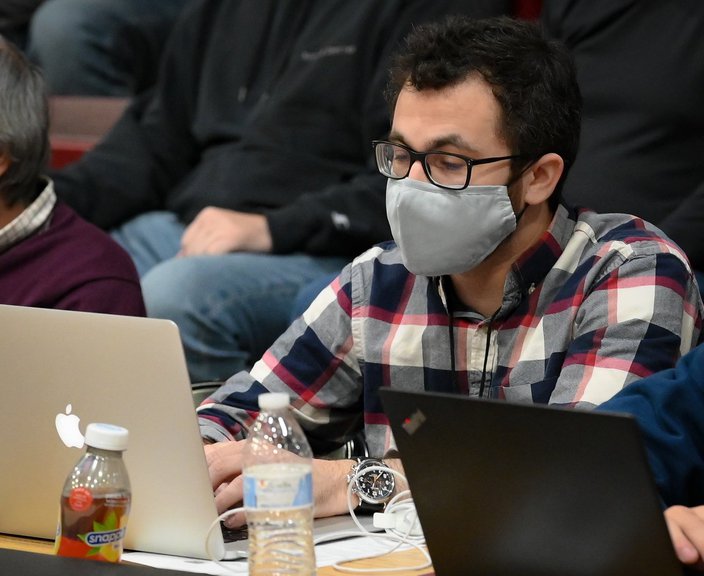 He dabbled in journalism here and there, writing freelance online. That's when he came across Aaron Bracy at a St. Joe’s game. Bracy had started the site Philahoops.com, covering local Division I basketball and spoke to Verlin about coming aboard.

In 2011 and 2012, Verlin covered Drexel and Temple and fell in love again with writing about games and players, reporting on breaking events and being absorbed by the insular atmosphere of area hoops. He had plans of going to Temple law school the following year, but wound up leaving the spring semester of his first year.

In the summer of 2012, Bracy wanted to pause the site. Verlin wanted to continue writing, so he recruited fellow Philahoops alum Andy Edwards (who’s on the CoBL Board of Directors and works in The College of New Jersey sports information department) to start City of Basketball Love, to differentiate it from Philahoops.

In terms of in-depth high school and college hoops coverage, Verlin’s City of Basketball Love is the only game in town. The site recently reached a healthy six-figure page view sum in January 2022, officially its best month since March 2018.

“There are newspapers that cover high schools, and there are some that cover colleges, but in terms of both, I don’t think you’ll find anyone as devoted to high school and college hoops in the area as us,” said Verlin, who routinely breaks major college signings and news. “Ian Simon was a former assistant coach at Widener, and he got me involved in Division III. Ian drove home how important Division II and Division III basketball is to the area.

“Our senior group of contributors has grown and is far more experienced than we ever had. I quit law school because I hated it. I love doing this. I’ve been very lucky, my wife [Aurora] is a college professor at Temple, and my parents have been very supportive.

“I wouldn’t be able to do this without their help. They helped me create something that’s positive. I worked really hard to get here, and what drives me is giving these kids a voice and coverage. We relaunched and now we’re covering the women's and girls' game and that gives me great satisfaction.

“We have Kate Harman and Andrew Robinson, and they know the women's game and we’re off and running. I feel really good that we’re able to provide good coverage. But there is still an opportunity for significant growth.”

This is Verlin’s prime season.

He’s going to start dividing himself into a million pieces and try to be in a million places at once these coming months. He can laugh at himself as part of the rich tapestry of the Philadelphia basketball community. When he shows up, the coaches and players know he’s there.

Verlin, who is finishing his graduate degree from Syracuse in advertising, credits that to his passion and investment in the game.

“It’s a standing that I have no business having,” said a humbled Verlin, laughing. “I’m floored, I’m touched by the respect these coaches, parents and players have given me. I never thought I would be a part of the Philadelphia basketball community. I do this because I love it.” 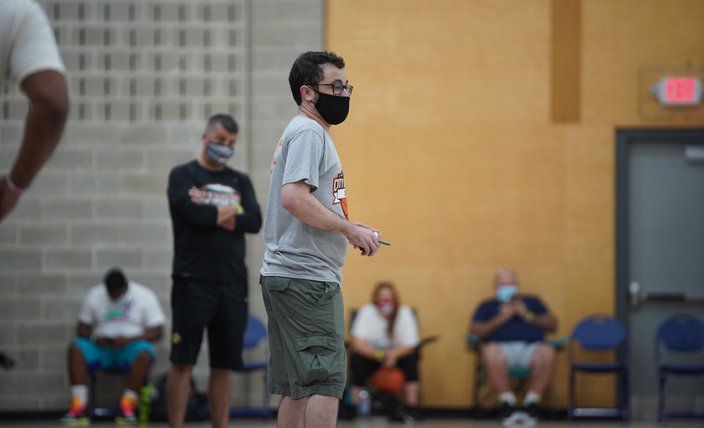 City of Basketball Love founder Josh Verlin working the sidelines at one of his camps.

[Disclaimer: The writer, Joseph Santoliquito, is a contributing writer for City of Basketball Love]