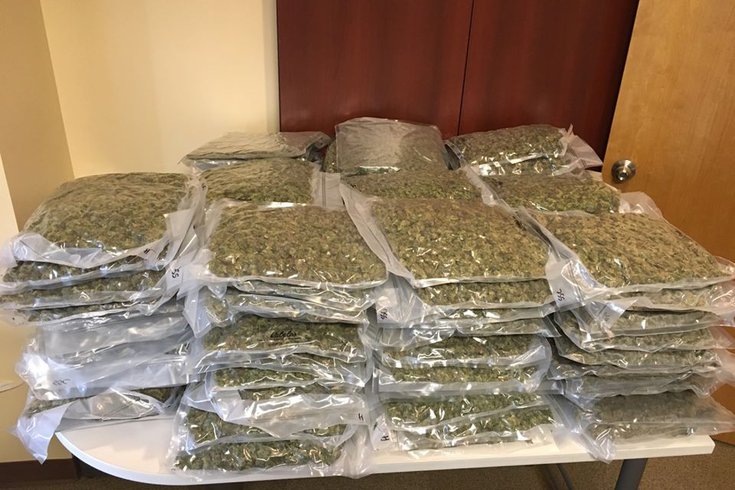 Kayla Messinese, 24, of Edgewater, Maryland, allegedly attempted to deliver 100 pounds of high-grade marijuana with a street value of $200,000 in Upper Merion Township on Friday. Messinese was allegedly using the coronavirus lockdown to move the drug across state lines.

A Maryland woman allegedly transported $200,000 of pot to Upper Merion last week, prompting authorities to remind the public that police continue to investigate crimes and make arrests during the coronavirus pandemic.

Kayla Messinese, 24, of Edgewater, Maryland, allegedly was attempting to deliver 100 pounds of marijuana to the the King of Prussia section of the township on Friday.

Upper Merion police and the Montgomery County Detective Bureau investigated the alleged drug deal, and Montgomery County District Attorney Kevin Steele said Messinese had tried to use the COVID-19 outbreak as an "opportunity to traffic a large amount of marijuana."

Detectives had followed Messinese to a parking garage near the 500 block of South Goddard Boulevard where she met with two people to allegedly complete the transaction and they arrested her, authorities said.

Investigators said they found three duffel bags, each filled with vacuum-sealed bags of marijuana, in her car. The pot has a street value of $200,000, authorities said.

"Drug dealers and other criminals need to know that we have not stopped investigating and prosecuting crimes because of this pandemic," Steel said. "Do not traffic drugs of any kind in Montgomery County."

Messinese is charged with possession with intent to deliver, criminal use of communication facility, and related offenses. She is being held at the Montgomery County Correctional Facility in lieu of $150,000 cash bail.