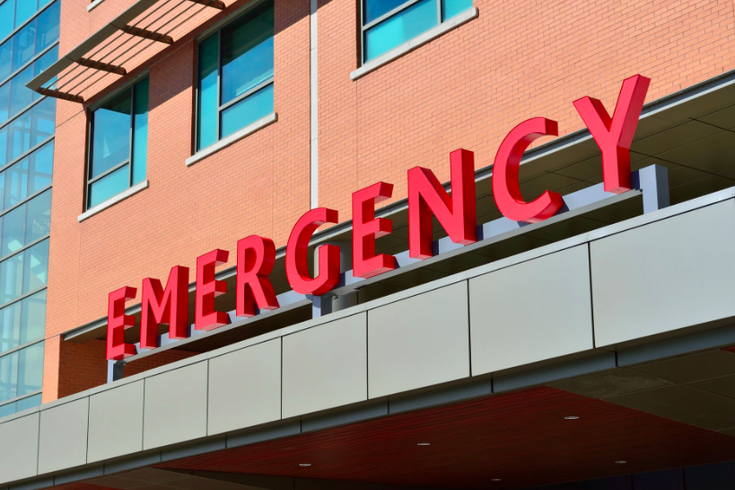 Nick Sommons, of Kingston, Luzerne County, was diagnosed with Lemierre syndrome after falling unusually ill with an ear infection in November 2018. He survived after spending 10 days in a medically-induced coma.

A 27-year-old Pennsylvania man is thankful to be alive after recovering from a rare syndrome that nearly killed him two years ago.

In November 2018, Sommons noticed he had a left earache and didn't think much of it. After a few days, he visited his doctor, who prescribed him drops to treat an infection. His left ear drum had ruptured.

When the discomfort persisted, Sommons went to another doctor. This time, he was prescribed steroids. They didn't work. In fact, things were progressing and he felt some pain in his left ear.

One night, Sommons found he was unable to sleep and was having trouble breathing. A friend took him to the emergency room at Geisinger Community Medical Center, where he fell unconscious. Confused by Sommons' condition, he was transferred to Danville State Hospital.

Sommons was placed in a medically-induced coma in order to better evaluate what was happening to him.

It turned out he had Lemierre syndrome, a rare condition that results from complications of bacterial infections. Adolescents and young adults most often are affected by the syndrome despite previous good health.

The Genetics and Rare Diseases Information Center describes the dangerous progression of Lemierre syndrome as a secondary condition emerging from more common infections.

“In people with Lemierre syndrome, the initial infection spreads into tissues and deep spaces within the neck, leading to the formation of an infected blot clot (septic thrombophlebitis), sometimes made up of pus, in the internal jugular vein (the blood vessel that carries blood away from the brain, face, and neck)."

Symptoms of Lemierre syndrome include swelling in the neck around the lymph nodes, abnormal headaches, shooting pains down the neck, high fever, and trouble with breathing and swallowing.

Sommons said he developed three clots in his brain that could have proven fatal. At a minimum, his doctors believed he would suffer from significant impairment, including speech problems.

After ten days, Sommons woke from his coma and remained bed-ridden for another four weeks. He had to relearn how to walk and perform other routine functions, but has since returned to his running hobby.

Despite his brush with death, Sommons feels grateful and wants to inspire others not to give up as they recover from near-fatal conditions.