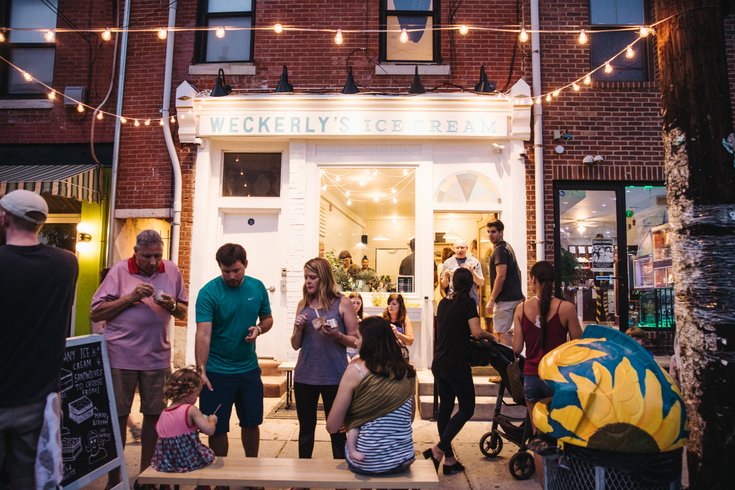 Soom Foods, which products you've tried if you've ever had the beloved Tehina milkshake at Goldie, is lending itself to Zahav and Weckerly's to create the Tahini creamsicle ice cream sandwich, which offers an intriguing blend of Tahini cookies, halva crumble, Tahitian vanilla ice cream, and local apricot ice cream. 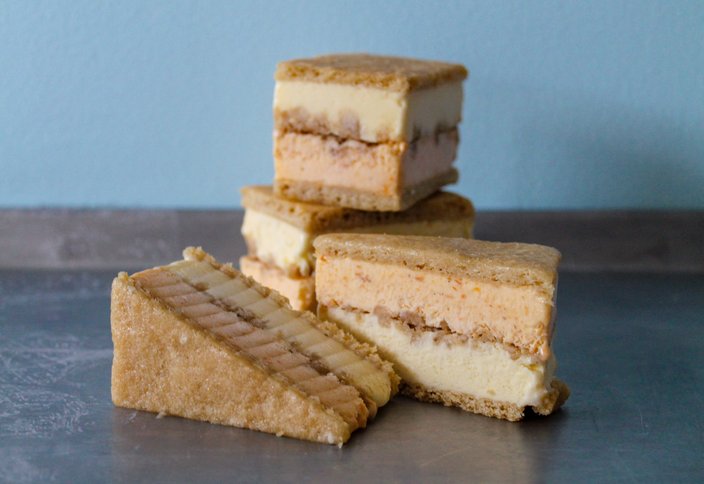 The ice cream sandwich collaboration from Weckerly's, Zahav, and Soom.

The dessert will be available beginning this Friday, Sept. 7, at Weckerly's Fishtown and Spruce Hill locations. In Fishtown, sandwiches go on sale at noon and the shop will have an Open House to coincide with First Friday from 6 to 8 p.m. The treats will be on sale while supplies last.

Camille Cogswell, the pastry chef at Zahav and the winner of the 2018 James Beard Award for rising chef of the year, will be there for the First Friday festivities, along with Soom, to hand out free tahini samples. Artwork from K-12 students will be on display as money is raised for The Fund for the School District of Philadelphia.

"I'm so pumped that we were able to design a sandwich together that showcases Israeli flavors through the Philly-based Soom sisters' product together with local, summer apricots," Camille said in a statement.

"What makes it even sweeter is that a portion of the proceeds are going to Philadelphia's schools."