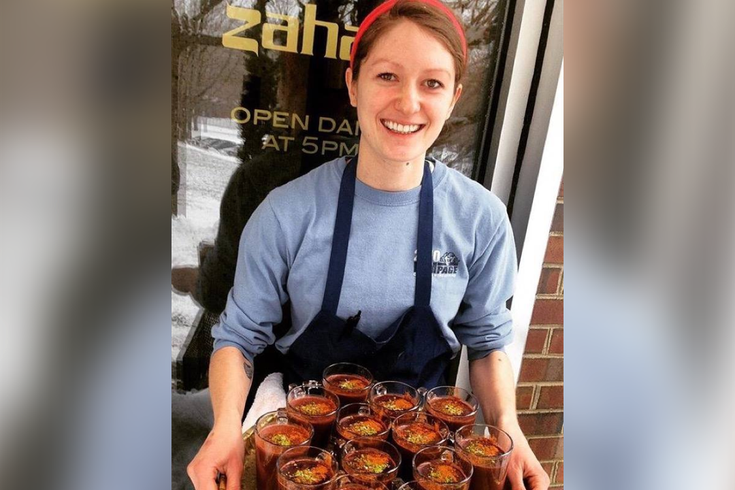 One of Philadelphia’s most celebrated restaurants was granted another accolade Monday night as Camille Cogswell, the 27-year-old pastry chef at Zahav, won the city’s only 2018 James Beard Award.

Cogswell is the second ever pastry chef to win the Rising Star Chef award, which is dedicated to a chef age 30 or younger who shows promising talent.

"I want to give credit to all of the other nominees. The fact that I was chosen for this…I’m beyond words."–Camille Cogswell, 2018 #jbfa Rising Star Chef of the Year pic.twitter.com/BFFlWtoL6V

Cogswell joined Zahav in 2015. Since then, she has made seasonal interpretations of Middle Eastern pastry konafi a staple of the menu.

Cogswell was one three Philadelphians nominated for James Beard Awards this year. The other two were Ellen Yin (High Street on Market, Fork) for Outstanding Restauranteur and Rich Landau (Vedge) for Best Chef, Mid-Atlantic.

Check out the full list of 2018 James Beard winners here.