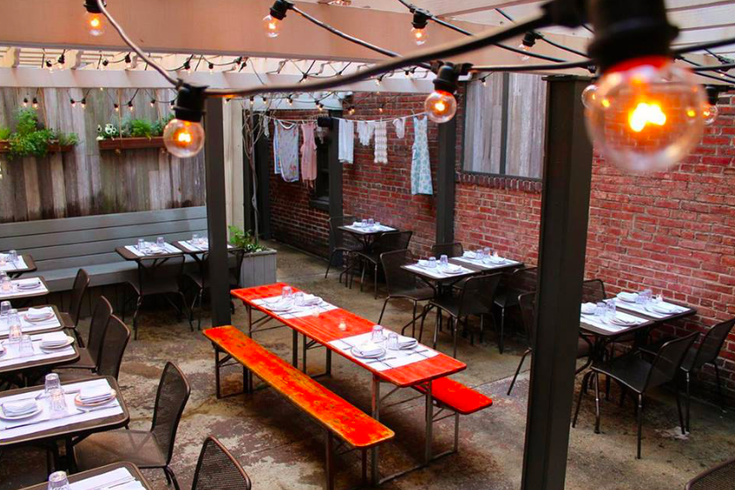 As a fairly mature online community, Yelp has become an oddly representative portrait of internet behavior at large.

You have genuinely helpful people who want to inform and encourage others. You have petty types who seek vengeance on servers they didn't like, and then you have malicious neurotics who list grievances with the food in painstaking detail. Sometimes, it's warranted.

All in all, Yelp is a great resource to scope out the vibe and quality of a restaurant so that you can properly set your expectations.

It turns out Yelp is smiling upon two Philadelphia restaurants, according to an algorithm-based review conducted by The Daily Meal.

"These restaurants may not have earned Michelin stars, but they’ve statistically done the best job of making nearly everyone very happy — which is no easy feat," the site explains.

On a list of 30 restaurants, East Passyunk Avenue's Stateside came in at number 25, overcoming a 3.5-star rating to land in the nation's top tier.

People love this neighborhood cocktail bar for its friendly service, homey ambience, and chic bar eats. To top things off, multiple reviews said that Stateside has one of the best bourbon selections in the city!

We'll also give you a funny bad review:

Pretentious hipsters with bad service. I sat at the bar and wanted an IPA. No eye contact was made with me for 10 minutes. I'm pretty sure it's because I had on a jeans/tshirt and looked like a normal person instead of Russell Brand with a The Weeknd haircut.

Up higher on the list at number 14 is Little Nonna's in Center City, an Italian gem that garners a solid four-star review on Yelp.

Intimate-looking Little Nonna’s is decorated cozily with tons of photographs and decorative laundry lines to evoke a beloved Italian grandmother. Their classic Italian menu is full of such comforts as meatballs, garlic bread, pan-seared gnocchi, and espresso tiramisu.

And your funny bad review:

It was okay. My Nonna's spaghetti and meatballs are a lot better. I was impressed with the gnocchi but not with the spaghetti nor the risotto balls. Just okay.

If you really have the superior Nonna, which of course you do, then what are you doing checking out other Nonnas? Go visit your own Nonna.

It's always the three-star reviewers who have the juiciest criticism and the most time on their hands.

For those curious, Yelp's top sit-down restaurant in the U.S. is San Francisco's Liholiho Yacht Club — best known for its spam, of all things. Check out the rest of the top 30 here.