A list of former Eagles players on XFL rosters 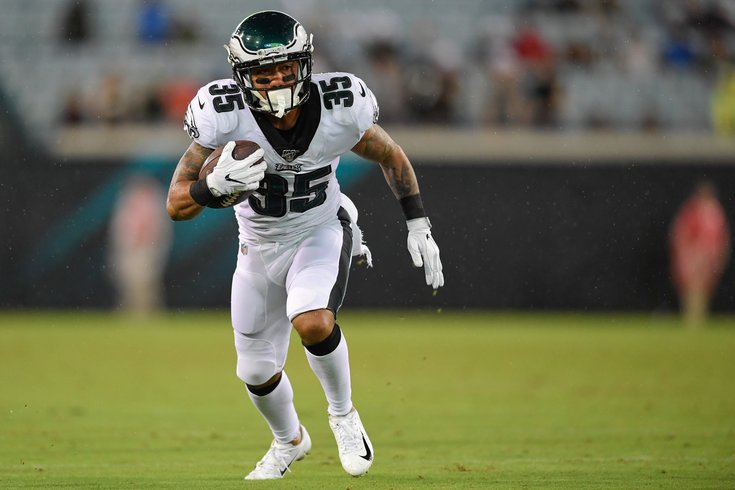 On the Saturday after the Super Bowl, the XFL will kick off its second attempt at existence. Because I can't think of anything short to write this morning, I went through each of the XFL teams' rosters (which was fun), and found all the players who were at one time on the Birds' 53-man roster, 90-man training camp roster, or found their way onto their practice squad at one time or another.

By my count, there are 26 former Eagles in the XFL. (I did cheat and take a peek at BLG's list before publishing. He had one guy I missed (somehow I missed Josh Hawkins), and I had one that he missed (somehow he missed Aaron Murray).

The most notable name there is Hawkins, who played in a couple games for the Eagles in 2018.

Pump! As a reminder, some of the running backs drafted after Pumphrey in 2017 were Marlon Mack, Aaron Jones, Chris Carson, and Jamaal Williams.

Elston appeared in one game in 2017 for the Eagles, and had one tackle. I wonder if he got a ring.

Couplin actually got a press conference nickname from Chip back in the day. He was "Coup."

Matt McGloin's brother, if you're out there, let's do some shots and bury the hatchet.

At 6'6, 220, Agudosi was a sure-fire training camp fan favorite. He actually did make some plays down the field in camp. Jones was one of the bigger running backs I've ever seen, but he stunk as an Eagle.

I have no Godwin Igwebuike analysis. Sorry.

Are you going to watch the XFL? BLG discussed this a bit on a podcast we recorded on Wednesday that will be up sometime on Thursday. I was a hard no. If the XFL were on, in, sayyyyy, June, then sure. But in February, right after the NFL season ended? I'm good.

If somehow I change my mind, my rooting interest will be solely on uniforms. Here they are, with a passionate explanation for each of them:

Personally, I don't really like any of them. I do like Seattle's helmet, so I guess that's my team.