Live Nation's new 'Club Pass' gets music fans into nearly every concert at the Fillmore, Foundry and TLA

The three Philly venues have dozens of shows scheduled through the end of the year. But pass holders also can gain access to events held at 48 other sites across the country 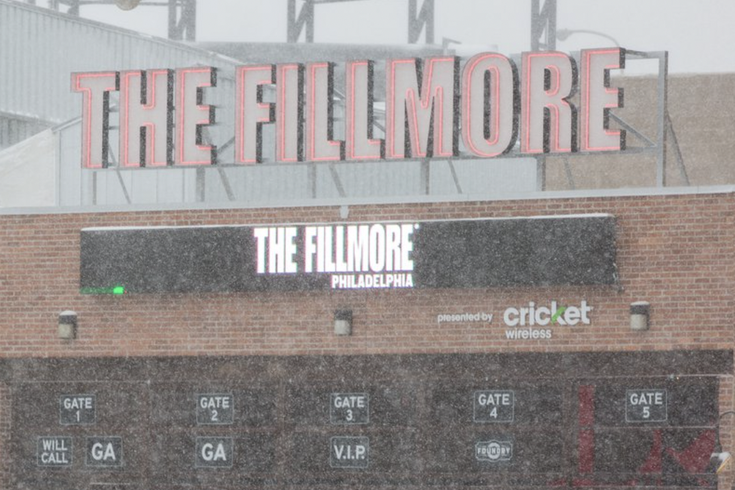 Live Nation's new 'Club Pass' program provides music fans with general admission tickets to nearly every show at 51 concert venues across the country from Oct. 1 to Dec. 31. Three venues in Philadelphia are included – The Fillmore, The Foundry and the Theatre of Living Arts.

Live Nation is offering concertgoers its version of season tickets this fall by debuting its "Club Pass" program.

The passes guarantee general admission to shows at Live Nation venues in 20 states from Oct. 1 through Dec. 31. They include three Philadelphia venues – The Fillmore, The Foundry and the Theatre of Living Arts.

Starting at $59, fans can purchase passes that provide access to most shows at a single venue. For the more adventurous music lovers, a multi-club pass is available for $299. That allows them to attend more than 1,000 shows at 51 Live Nation venues from Arizona to New York. Club passes cannot be used for certain shows.

Club Passes are available for purchase through Sept. 30. Single-venue tickets to The Foundry cost $59. Those to The Fillmore and Theatre of Living Arts cost $79.

To redeem their general admission tickets, Club Pass holders must present their photo IDs at the box office on the day of the show. Refunds are not available if a concert is canceled or moved to another venue.

Here's a closer look at the upcoming shows those venues will host:

The Fillmore will host more than 60 shows before the end of the year – nearly one for every night of the week. Club Pass members can see Denzel Curry, Dinosaur Jr., Steve Lacy, P.J. Morton, Modest Mouse, Jessie Reyes, Bobby Shmurda.

The Foundry has booked at least four weekly shows for most of October, with a packed November and December to follow. The Club Pass guarantees access to 38 of them, including Duckwrth, Daya, Charlotte Sands and Kid Bloom.

Only two shows are excluded: Real Friends with Confidence and The Red Filth Tour.

The TLA is offering Club Pass holders access to 22 live shows in October, including performances by Noah Cyrus and Dave East and two shows by Fletcher. The excluded events include a WWE-themed Undertaker show and a live Drama Queens podcast.

There currently are only five scheduled shows in November – J.I., Tigers Jaw, Kaivon, The Plot in You and Meechy Darko – and three in December – The Legwarmers, brakence and The Happy Fits.

"We're excited for our fans to see some of their favorite artists and get exposed to some new up-and-comers," Christina Karas, a spokesperson for Live Nation, told Axios. "[It's] also just an awesome deal."