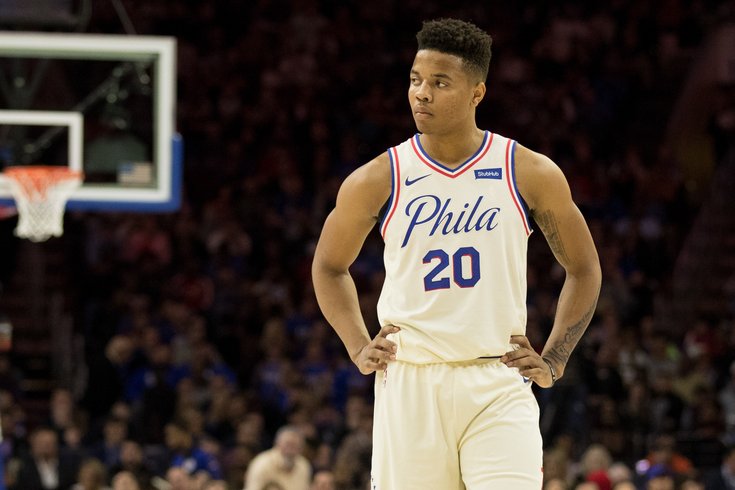 Markelle Fultz isn't faking it. He has a real injury.

And while the Sixers' recent No. 1 overall pick may have some overarching issues to deal with on the mental side of things, his thoracic outlet syndrome is a fairly common (at least for baseball players) and treatable disorder, and one he can make a full recovery from.

First, a few basics. What is TOS?

"There's an opening that we call the thoracic outlet," Mark Troyer, a center manager for the NovaCare Rehabilitation Center in Cedarbrook (near Mt. Airy) told PhillyVoice. "It's up around the shoulder and neck area. There's a series of nerves that come off the neck and into a plexus, almost like a spiders web of nerves that enter into the neck/shoulder area and all those nerves go into the arm. They provide the arm with sensation and the muscles their ability to contract and work. There is also an artery. You can get both nerve and vascular symptoms if there is compression there. Nerves always go through different tunnels and openings and there is an opening that passes through the neck and into the shoulder area. If that area is tight, you can get compression."

After seeing as many as 10 doctors and experts over the last two weeks, according to PhillyVoice sources, Fultz got a TOS diagnosis Tuesday. Troyer actually understands why it would take so many visits with specialists to figure out what the issue is, contrary to many critics who have called it all 'BS.'

"In defense of seeing all those specialists and making that diagnosis, with TOS,  there is often no smoking gun," Troyer said. "In terms of finding a diagnostic test for it, it really is a clinical presentation of symptoms. When they are making that diagnosis, there are a lot of things that can produce the symptoms to TOS, so it really comes down to ruling out and ruling in different disorders. It makes sense it would take a lot of time to get to this diagnosis — it is a little bit difficult to often find. Although there was maybe one doctor who came up with the diagnosis, there's the possibility there may have been some other physicians that disagreed."

According to Troyer, Fultz likely feels some kind of tingling or burning sensation when he attempts a shooting motion, which would help to explain his free throw adventure a few weeks ago. It is also possible that TOS is the explanation for why Fultz is such a different player since his year at Washington in college.

"It sounds like, from what I understand that there might not have been any other symptoms up to that point in time," Troyer said. "It seems like his problems occurred around the time he was drafted by the Sixers. It sounds like before that, as far as I know, in college, he didn't seem to have any symptoms behind that."

The "saga" of Markelle Fultz continues on, and this injury does put his emergence as a player who deserved to be a top draft choice in some doubt. The baseball players who have had TOS often don't return in to form, or return at all. But there is a path to a full recovery — depending on the specifics of his disorder, which are known only by his current doctors.

"If it's an acquired situation, it has a good prognosis for recovery," Troyer said. "On the short end, a few weeks, I think it's reasonable for them to say, 'Let's rehab him for a few weeks and see what happens,' but on the long end it could be a few months.

"On one sense it's really governed by how much discomfort he has, if he has a lot of pain it alters his shot and that's a problem. If he's able to play through it and it doesn't alter his shot to a significant degree he's able to play through those symptoms. Since they are calling it neurogenic, you have to be concerned if there is any more damage to the nerves it can be a problem. If it does involve the nerves they want to be sure they're not risking further damage to the nerves."

Physical therapy will be on the docket for Fultz for the next few weeks as Sixers fans, teammates and front officers wait to hear some news on his progress.

So there is good news and bad. The good news is, hey, Fultz actually does have a real, physical injury — and one from which he can apparently recover and return to the court for the Sixers.

The bad news: the track record with TOS isn't great for pro athletes, and, of course, there is Fultz' oft-discussed mental side of things in this bizarre ever developing story.

There is reason for optimism here. And until he is traded away, Sixers fans can hope for the best, right?