Long nails can be a germ hotspot; here's how to keep them clean

Longer fingernails are more likely to carry harmful bacteria and yeast underneath them, research shows. 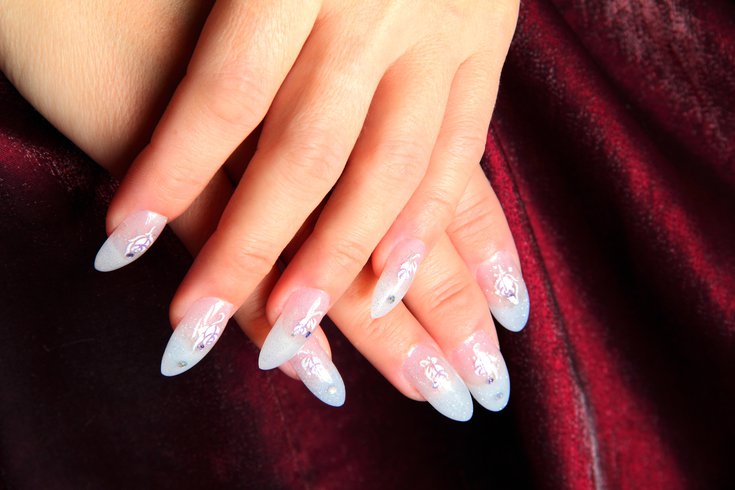 Longer fingernails are more likely to carry harmful bacteria and yeast underneath them, research shows.

Long, prettily painted fingernails have been considered the epitome of feminine beauty for decades, but lately the trend has been reaching new lengths as longer and more intricately designed finger and toenails have become increasingly popular.

YouTube and TikTok are full of tutorials on how to do the latest nail designs, with fingernail lengths reaching over 2 inches long. But not everyone is aware that long fingernails increase the risk of spreading infections.

The area beneath the fingernail, in the crevice, can become the home to microorganisms like bacteria and fungi, Jeffrey Kaplan, a biology professor at American University, told USA TODAY. So when people scratch, bite their nails, suck on their fingers or even pick their noses, they could be spreading these microorganisms.

When they cook or eat, they also could be spreading germs to the themselves or to others.

"The longer the nail, the more surface area there is for microorganisms to adhere," he said. "Studies have found 32 different bacteria and 28 different fungi underneath fingernails."

A harbor for germs

Artificial nails, whether acrylic or nail, and even natural nails adorned with nail polish have a high likelihood of carrying lots of microorganisms because they are are harder to clean under.

A 2017 study demonstrated how easy it is for people to unintentionally spread germs from their hands to their bodies by touching their eyes, mouths and other parts of their skin. Infections from Staphylococcus aureus and Bacillus spp were most common.

Another study found, Methicillin-resistant Staphylococcus, or MRSA, an antibiotic-resistant staph bacteria that causes serious infection, underneath half of the fingernail samples the researchers collected.

Additional research found that nails extend 3 millimeters past the tip of the finger are more likely to carry harmful bacteria and yeast underneath them.

Infection spread by fingernails is a major concern in medical settings. In a study of 18 health care workers, all those with long nails harbored bacteria and yeast, but only 18% of workers with short nails did.

In another case reported by The New York Times, the bacteria underneath the long nails of two nurses may have contributed to the deaths of babies under their care, although a definite causal link was never determined.

Health experts, including the U.S. Centers for Disease Control and Prevention, say nails should be trimmed short and kept clean. Most health care workers are required to keep their nails short.

How to keep long nails clean

For people who love keeping their nails long, there are ways to keep them healthy and free of germs. The American Academy of Dermatology Associations advises that they eat a healthy diet and stay hydrated to keep their nails strong and healthy. They also should clean their nail beds and cuticles often and sanitize their hands regularly. They should wash their hands for at least 15 seconds.

Wearing gloves while cooking and cleaning also can prevent germs from building up underneath fingernails. People should avoid biting their nails or damaging them in any way that can make them more vulnerable to infection.

The CDC also emphasizes the importance of properly sanitizing all clipping or grooming tools before use, especially when they are shared among household members or customers in a nail salon.