A statistical look at the potential 2016 free agent quarterback class, and where Sam Bradford fits in 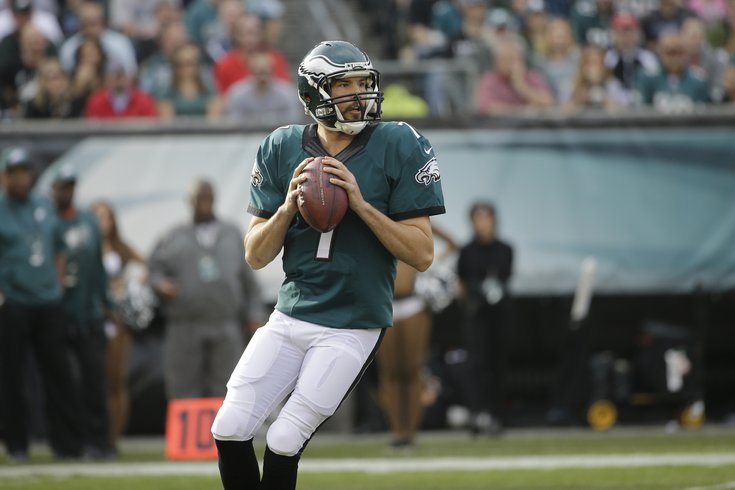 If Sam Bradford is a good quarterback, shouldn't he quarterback good?

With the 2015 regular season soon coming to an end, speculation is building on whether or not Sam Bradford will return to the Eagles in 2016. On Monday, Chip Kelly said rather bluntly that he would like to have Bradford back for the long haul.

MORE ON THE EAGLES: Week 15 NFL picks | Eagles wanted to interview Bruce Arians in 2013, then said 'thanks but no thanks' | Here's how the Philadelphia Eagles can make the NFL playoffs | What they're saying: Eagles are a team on the rise

On Wednesday, Bradford did not reciprocate Chip's love.

Today, the "NFL Now" Twitter account posted a graphic of eight quarterbacks who could hit the free agent market this offseason, shown here:

Tim McManus of Birds 24/7 turned to CBS' Joel Corry to determine what Bradford could realistically make on the open market as a free agent this offseason. (Spoiler -- It could be $15-20 million per season).

Of the quarterbacks pictured above, Bradford will probably be paid the most of the group. Should he be? Well, strictly on numbers, God no. Let's take a look at the above group, and compare them from a 2015 numbers perspective:

I like the line from Moneyball delivered by Brad Pitt -- "If he's a good hitter, why doesn't he hit good?"

Well, if Sam Bradford is a good quarterback worth $15-20 million dollars per season, shouldn't he quarterback good?

*NOTE: NFL Now should not have included Tyrod Taylor in their graphic, as he signed a three-year deal in March.